E3 2021 | Everything we know about the Elder Scrolls VI 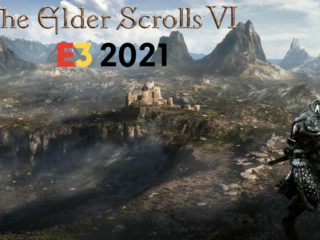 It was at E3 2018, the same one that Starfield, Bethesda’s first new IP in many years, was uncovered. The Elder Scrolls VI appeared in a short teaser with little information, beyond the logo that appeared at the end. Has passed a decade since the release of the fifth installment of the saga, a video game that has appeared on multiple platforms and generations. Is it time to turn the page? Will the new adventure be at the conference that Microsoft and Bethesda will hold jointly at E3 2021? It is anyone’s guess, but to serve as an aperitif, we gather all the information that has been published about the video game.

Pete Hines, head of marketing and communication at Bethesda, pointed out some time ago that The Elder Scrolls VI is going to follow the path of its predecessors, so it will be “exclusively single player”. Since it was announced, the studio has been especially cautious in everything it said about the title. Not surprisingly, they have repeatedly repeated that twe will burn to hear news, as Starfield is the priority right now. Hines himself wrote it on Twitter back in May 2020: “It comes after Starfield, about which you hardly know anything. So if you come to me for details now and not years from now, I’m failing to manage your expectations”.

Designed for the long term

Todd Howard, one of Bethesda’s top managers, slipped some clues in interviews. To begin with, he commented that they are designing The Elder Scrolls VI to last a whole decade, something quite credible considering the commercial history of its predecessor. “When the public sees the game and is aware of what we are doing and have in mind, the leap in scale and in technological terms of the video game will be understood.”

In fact, developers are betting heavily on the power of next-generation consoles: “These new systems are optimized for the vast worlds that we love to create, with generational leap not just graphics, but CPU and cloud data as well, ”Howard explained. According to the creative, Starfield and The Elder Scrolls VI will represent the “greatest evolution of the graphics engine since Oblivion.” The Creation Engine has been enhanced to improve rendering, animations, and artificial intelligence, among other things.

The world of The Elder Scrolls VI will not be procedurally designed, as the team is tapping the maps by hand. However, Howard did anticipate that there will be elements that are generated in this way. Another fact that we know is that the composer Jeremy Soule, author of the soundtrack of other installments such as Morrowind, Oblivion and Skyrim, is not involved in the project. After some disagreements with Bethesda, he confirmed it through his official Facebook account.

The Elder Scrolls VI already has a region assigned, although of course we don’t know it yet. We also don’t know if the game will go beyond the Xbox ecosystem, given that the company belongs to Xbox Game Studios. What is official is that Shirley Curry, Skyrim’s grandmother, will be honored in the game and will be portrayed as one of the characters.