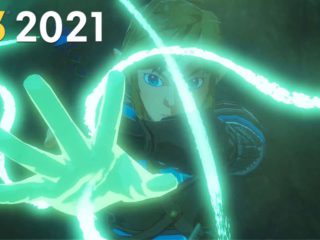 The Legend of Zelda: Breath of the Wild is one of the most important and transcendent video games in the history of Nintendo. Released in March 2017 for Nintendo Switch and Wii U, the play catapulted the Hero Link saga to a new level; both for its commercial impact, the most successful of the saga, and for its repercussion as a work within the open worlds. It has been a long time since its sequel (E3 2019) was announced, which will soon be coming to Nintendo Switch. Now that E3 2021 is approaching, let’s review everything we know about this highly anticipated second part.

What do we know about the sequel to The Legend of Zelda: Breath of the Wild

The first thing to say is that the sequel to The Legend of Zelda: Breath of the Wild will be released on Nintendo Switch and is not canceled; far from it. There is also no certainty that it will come out in 2021. The last official calendar of the company, published on the occasion of the presentation of financial results (Q4 / FY21) made it very clear: date yet to be determined. Starting from these details, let’s find out what we do know and what we have official certainty about.

We go back to last February of this year 2021. It was then that we had the last news of the sequel to The Legend of Zelda: Breath of the Wild. Eiji Aonuma, producer of the series, addressed the entire community in a message delivered during the Nintendo Direct in February prior to the reveal of The Legend of Zelda: Skyward Sword HD (due out in July for Nintendo Switch). He said the following.

“Surely many of you have seen me and thought that in the end I was going to share news about the sequel to The Legend of Zelda: Breath of the Wild. I’m very sorry ”, the manager began intoning. “The development is ongoing and we hope to provide you with more information this year. For the moment, we ask you to be patient”.

We will have more information about Zelda: Breath of the Wild “2” in 2021

With E3 2021 so close, it is logical to think that news of the game awaits us in the coverage that Nintendo does from June 12 to 15. Not surprisingly, during these last two years we have been getting to know some other details of the game.

First of all, we know that this new episode will be “a little darker” than the original work. “The new Breath of the Wild, its sequel, will not necessarily be related or inspired by Majora’s Mask … what we have shown, though, is indeed a little darker” said Aonuma.

Initially, this sequel was going to be a DLC of the original game, but their ambition was such that they ended up running out of that idea. They finally opted for a complete set. “When we released the DLC for Breath of the Wild, we realized that it was a great way to add more elements to the same world,” he began arguing at the distant E3 2019. “But when it comes to strictly technical elements, a DLC it involves a large amount of data; you are adding data to an existing title. Thus, when we wanted to add bigger changes, one DLC was not enough. That is why we think that maybe a sequel would fit better”. He added: “Initially we were just thinking about ideas for DLC, but when we came across so many ideas we said, ‘This is too many ideas, so let’s make a new game and start from scratch.’

There are two more details that we officially know about this new installment of the Breath of the Wild universe. For one thing, a job posting posted in July 2019 noted that there will be dungeons in this sequel. This, perhaps, anticipates us that we will see dungeons in the traditional style; not so much what was seen with the Sanctuaries and the main dungeons of the adventure, which were different in conception with respect to previous deliveries. At the moment, this aspect is more imprecise.

Finally, we invite you to consult this interesting article where some fans managed to decipher the message of the reveal trailer for the sequel to Zelda: Breath of the Wild, those two enigmatic phrases written in the Gerudo language. We recommend reading it only if you have completed the original work; it is content sensitive to be considered spoiler. From the first word you can read SEAL (seal); of the second GANON. Let each draw their own conclusions.

To date, the first The Legend of Zelda: Breath of the Wild has managed to sell more than 22.28 million units worldwide with its version of Nintendo Switch alone. It is the most successful work of the saga, with a superlative difference with respect to the rest. Expert market analysts anticipate a very high expectation for this second part.