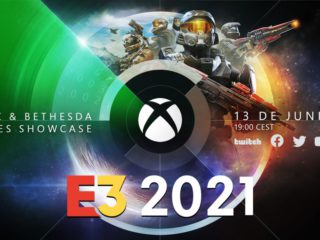 The conference of Xbox in E3 2021 it will not be the same as in other years, mainly because in the equation we also have to add to Bethesda, which is already part of the Xbox Game Studios family. The so-called Xbox & Bethesda Games Showcase will be held this Sunday June 13 starting at 19:00 Spanish peninsular time, at which point a retransmission of about 90 minutes where we will see the next Xbox, Bethesda and Xbox Game Pass games.

The broadcast, which we can follow from the official channels of Twitch, YouTube, Twitter Y Facebook of Xbox, “will be focused on games from Xbox Game Studios, Bethesda and many more content creators from our partners around the world,” they have indicated. We tell you what we hope to see at the Xbox & Bethesda Games Showcase.

The first thing to be clear is that we do not expect to see new hardware. Xbox Series X and Xbox Series S have just hit the market, so new consoles are completely unlikely. Xbox is going to show us a lot of video games. They have a total of 23 wallets on Xbox Game StudiosBut there is one name that comes to mind first: Halo Infinite.

Delayed a year with respect to its original release window, the 343 Industries video game has the opportunity to shine and be the main protagonist of an unparalleled encounter. 90 minutes can go a long way, but we all know that the more agile and direct the conferences are, the better. We want an improved Halo Infinite, which explains to us how both its multiplayer mode and its campaign will work. It’s the moment. E3 2021 is synonymous with Halo.

And maybe it is also from Starfield, Bethesda’s big bet. It was announced years ago, but so far we know little about this bet in space aimed, apparently, at lovers of single-player adventures. Proposing its premiere for 2021 may be crazy, but we are content to see gameplay and make it something tangible, realistic and promising.

What is surely more realistic for 2021 is a new Forza Horizon. It would be absurd to avoid naming the return of the famous Playground Games saga, since apart from Fable, which goes a long way, all roads lead to Forza. The fourth installment is a mass phenomenon, a video game that practically everyone who tries it likes. Rumors point to Mexico in a title that follows in the wake of what was seen in Forza Horizon 4. It’s worth it. If it arrives at the end of the year on Xbox Game Pass, it will surely be one of the great news of the fair.

We’re not expecting any big unexpected announcements from Xbox for a reason: We have a lot of confirmed names on the table, but no dates. Giving them a launch window would be consistent with the event that awaits us. We talk about works like Flight Simulator In its version for consoles, we talk about Age of Empires 4, which has ballots to be seen, or a new big update of Sea of Thieves, one of the flagships of Xbox Game Pass in terms of number of players.

We would also like to know more about Obsidian. Avowed It is a project that will be made to beg, just like Grounded, the latter much closer in time. The Irvine studio has two very strong projects on the table, very different. We would love for Obsidian Entertainment to be one of the great showcases of E3 2021 due to the advancement of their works.

Others who have to stick their heads out are Senua’s Saga: Hellblade 2 de Ninja Theory, Perfect Dark de The Initiative; Fable, from Playground Games and a possible new State of Decay. The Xbox and Bethesda conference may even leave us with a new sneak peek of the next Wolfenstein, in case Machine Games is pairing the new Indiana Jones with the end of the Wolfenstein trilogy. If we add to this Psychonauts 2What would you like to see? Any particular surprise?