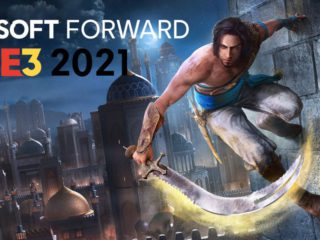 Prince of Persia: The Sands of Time Remake is scheduled for early 2021. This was announced during its official presentation, which was received coldly by the players. After delaying it indefinitely, Ubisoft has anticipated events and has revealed that the video game will not be present during Ubisoft Forward, the event that will be held on June 12 within the framework of E3 2021. They have also reported that the launch date has been set for the year 2022, still without nothing more concrete.

“Ubisoft Forward is just around the corner and we want to use this time to thank you for the support you have given us over the past year,” they begin. As you may have read by now, Prince of Persia: The Sands of Time Remake it will not be in the Ubisoft Forward. We are making great progress with our game to release next year, but we are not prepared to share any more additional information right now. We will share an update as soon as we are. “

The development team has again underlined his gratitude to the fans, while they have asked for some patience. We are looking forward to the moment when we can share more information with you!

Complaints about your graphics

Prince of Persia: The Sands of Time Remake was announced for January 2021. It was scheduled to go on sale at a reduced price on that date, but was later delayed until March of this year. However, the decision to delay indefinitely opens the door to deeper changes, especially after complaints that have occurred mainly due to its visual appearance.

The game, developed by the Ubisoft studios in India, is on the way for PS4, PS5, Xbox One, Xbox Series X, Xbox Series S, and PC. The Nintendo Switch version was listed on the Ubisoft website.