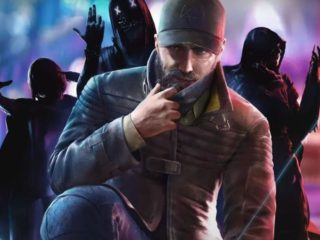 In the contemporary era, the useful life of a video game is lengthened in time with new content, functionalities and improvements. Therefore, the E3 2021 conferences will not only focus on the titles that are to come, but also those that are already in stores. Ubisoft Forward will reserve a space for Watch Dogs: Legion, a title that went on sale last October and is still receiving content. Through social networks, Ubisoft has reported that the pack of bloodline expansion will be seen during the event with a new trailer.

The content will come with two new characters, Aiden Pearce (from the first Watch Dogs) and Wrench. Each of them will star new histories, in which they can make use of their own skills and progression mechanics. In fact, if the player so wishes, they can play the entire base title using any of these protagonists. The Watch Dogs: Legion Bloodline story trailer will be shown on Saturday, June 12, starting at 9:00 p.m. (CEST).

In addition to Watch Dogs: Legion, which is available on PS4, PS5, Xbox One, Xbox Series X, Xbox Series S, PC and Google Stadia, Ubisoft will also offer updates on the future of another of its most important titles of 2020. It is about from Assassin’s Creed Valhalla, a work that takes us to the 9th century BC and that presents the Viking Eivor as the protagonist. The Wrath of the Druids expansion is now playable, but there is still the second one (The Siege of Paris) and hope for even more content in the near future.

Ubisoft Forward plans to show Rainbow Six Extraction (formerly known as Quarantine) and other games that are on the horizon, such as Far Cry 6, the long-awaited new video game from Ubisoft Toronto.