E3 2021 | Xbox and Bethesda welcome E3 with this familiar illustration 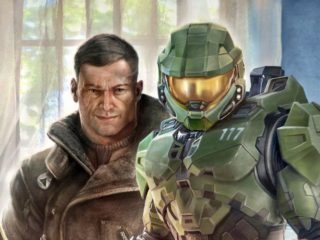 Microsoft and Bethesda will join forces for the first time in history during an E3. It will be in the imminent E3 2021 and it is no coincidence, since it has only been a few months since the purchase of ZeniMax Media by the Redmond giant was legally materialized. That deal results in a portfolio of 23 in-house studios at Xbox Game Studios and a conference, the Xbox & Bethesda Games Showcase, that is turning heads. Before this comes Sunday, June 13 at 7:00 p.m. (Spanish peninsular time), the official Xbox account has shown us a rather special illustration.

The Xbox Game Studios family, reunited in one image; heading to E3 2021

As if it were the dinner before a great event, the Xbox Twitter account has published an illustration in which we see two worlds united in one; the Xbox and Bethesda, which are not short of licenses, precisely. It is because of that B.J. Blazkowicz, main face of the series Wolfenstein, and the Master Chief, one of the greatest icons in the history of our environment, figure of the Halo saga with the clothing of Halo Infinite, head the image, which bears the title of “Universes: Collided. Dinner: Served”.

Other recognizable sagas in the image are Sea of Thieves, Battletoads O Psychonauts 2.

In the absence of knowing what Xbox has to tell us with Bethesda at the E3 2021 conference, we know that it will last approximately 90 minutes and that it will have Halo Infinite as one of the main protagonists. Hopefully, Starfield, another of the most anticipated licenses from Bethesda’s portfolio, will also make an appearance and confirm if it is true that it is as advanced in its development as it seems. A new Forza Horizon and even a new Wolfenstein to end the Machine Games trilogy. Soon we will get out of doubts.

We invite you to follow here how to see E3 2021 live on the Internet and the detailed schedule of all the conferences.