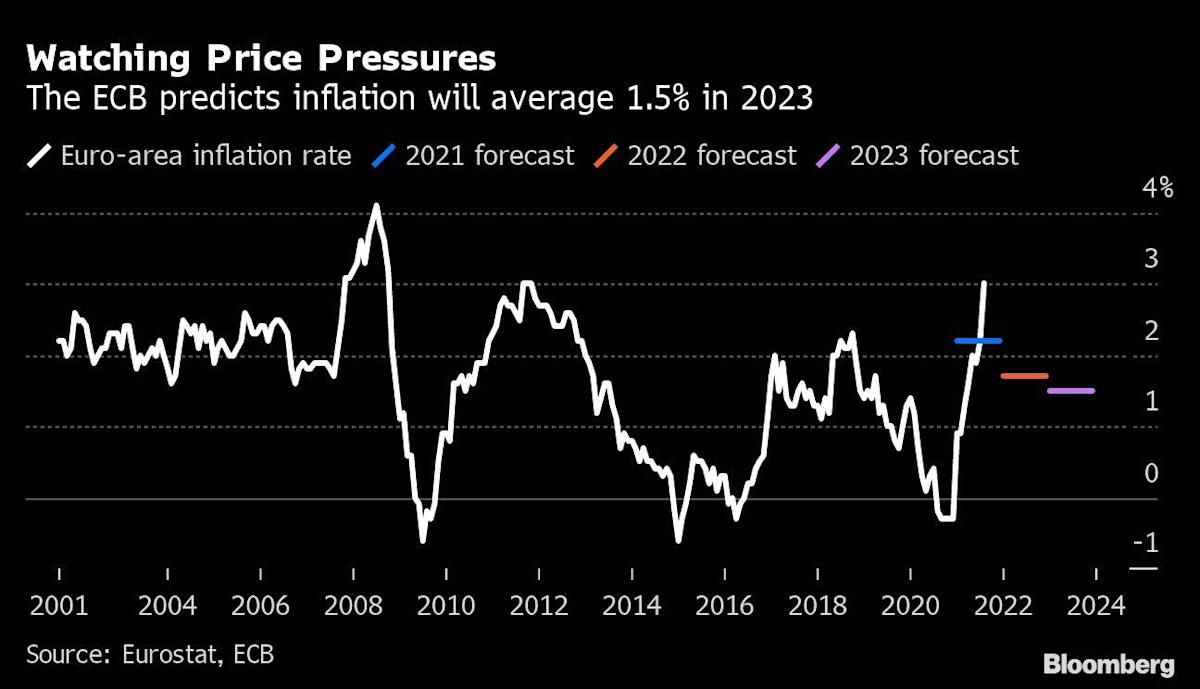 (Bloomberg) – The eurozone inflation scenario could indicate higher prices than currently forecast if the coronavirus does not cause more shocks, according to Martins Kazaks, a member of the Governing Council of the European Central Bank.

The stabilization of the region’s economic recovery, continued supply bottlenecks and higher expectations point to possible faster-than-anticipated price increases, Kazaks said in an interview Thursday. Last week, the ECB revised its inflation projections up to 2023, citing better prospects as one of the reasons for reducing pandemic bond purchases.

“If the covid is not surprising on the downside, there is upside potential for the medium-term inflation outlook,” said Kazaks, the governor of Latvia’s central bank. He warned that he is “talking about decimals”, and still does not see inflation equal to or higher than the ECB’s 2% goal in the medium term.

Prices in the euro region are now rising at the fastest rate in a decade, at a rate of 3%. Authorities view the rebound as largely transitory, forecasting inflation to average 2.2% this year and decline to 1.5% by 2023.

“Perhaps there is some potential for those numbers to be revised higher in subsequent rounds of forecasting,” Kazaks said.

After speaking out on Thursday, the ECB dismissed a Financial Times report that the institution’s chief economist, Philip Lane, had told analysts privately that the authorities hope to reach the inflation target by 2025.

“We hear certain accounts that there might be some salary pressures in the future, but we haven’t seen this in the data yet,” he said. “There is no reason to expect inflation to be permanently very high. If at some point inflation were to be significantly higher than our monetary policy strategy and mandate, then of course we will know how to react. “

For now, the president of the ECB, Christine Lagarde, insists that the decision of the Governing Council to decelerate the stimulus “moderately” at its meeting on September 9 “is not a reduction”, an emphasis that distinguishes the institution from the Federal Reserve and Bank of England, which are closer to reducing aid.