Economic keys that will mark the week in Latin America 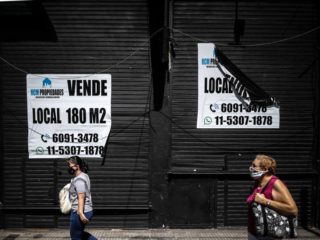 Madrid, Jun 21 (EFE) .- Argentina publishes the GDP and unemployment rate for the first quarter in a week in which the labor data for Mexico in May and foreign direct investment in Brazil in that same month will also be released.

These are the economic keys that will mark the week in Latin America:

The National Institute of Statistics and Censuses of Argentina disseminates the external debt figures for the first quarter of 2021, amid the intense negotiations between the Government and the International Monetary Fund to refinance the payment of the 44,000 million dollar loan that the agency granted to the country in 2018.

The Central Bank of Brazil releases the minutes of the last meeting of its Monetary Policy Committee, in which it raised the official interest rate to 4.25%.

The Florida-Caribbean Cruise Association (FCCA), which represents both cruise lines and their destinations in the Caribbean, Mexico and Central and South America, begins in Port Miami its first annual summit since the pandemic, aimed at preparing for navigate again.

The OECD publishes a report on public subsidies to agriculture, with a special analysis of the measures linked to the COVID crisis.

The Colombian government publishes the import data for the month of April.