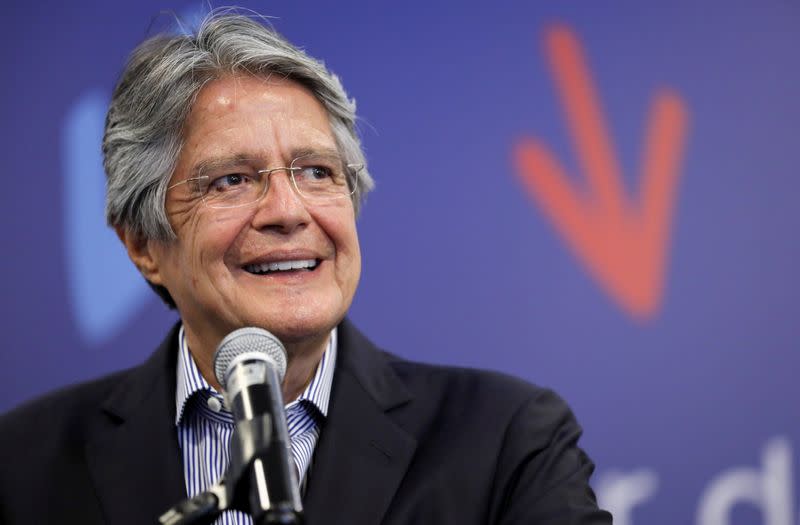 QUITO, Jun 21 (Reuters) – Ecuador’s government said on Monday it had signed an agreement to rejoin the World Bank’s arbitration tribunal, a decade after his retirement, as part of recently installed President Guillermo Lasso’s strategy to attract more investment. to the Andean country.

The decision to join the International Center for Settlement of Investment Disputes (ICSID) comes as Lasso, a former conservative banker who took office on May 24, seeks to reactivate the economy of the oil country that suffered a recession in 2020 due to the impact of the coronavirus pandemic.

“This important step will allow Ecuador to meet new commercial partners and strengthen relations with those who already have alliances,” said the Presidency’s Communication Secretariat in a statement. “The agreement encourages the attraction of responsible investors who are committed to contributing to the development of the country.”

The government added in the statement that some nations with which it is evaluating free trade agreements, such as Mexico, have conditioned any possible agreement on Ecuador joining ICSID. Lasso seeks to incorporate the country into the trade bloc of the Pacific Alliance formed by Chile, Colombia, Mexico and Peru.

Ecuador withdrew from ICSID in 2009 and former President Rafael Correa argued on the basis of the Constitution that Ecuador’s membership amounted to the “transfer of sovereign jurisdiction” of the State at the behest of international arbitration.

Before the ICSID agreement was denounced, several oil companies had filed lawsuits against Ecuador for changes in their current contracts.

Ecuador said earlier this month that it would pay French oil company Perenco some $ 374 million plus interest to comply with an ICSID award on a decree issued in 2007.

The World Bank said in a press release that Ecuador’s re-entry has yet to be “ratified by the country” for it to take effect. The Constitution says that the National Assembly must validate international agreements and treaties.

Lasso’s allies lack an absolute majority in the Legislature.