Home
Entertainment
eFootball will be compatible with Option Files on PS5, PS4 and PC upon launch

eFootball will be compatible with Option Files on PS5, PS4 and PC upon launch 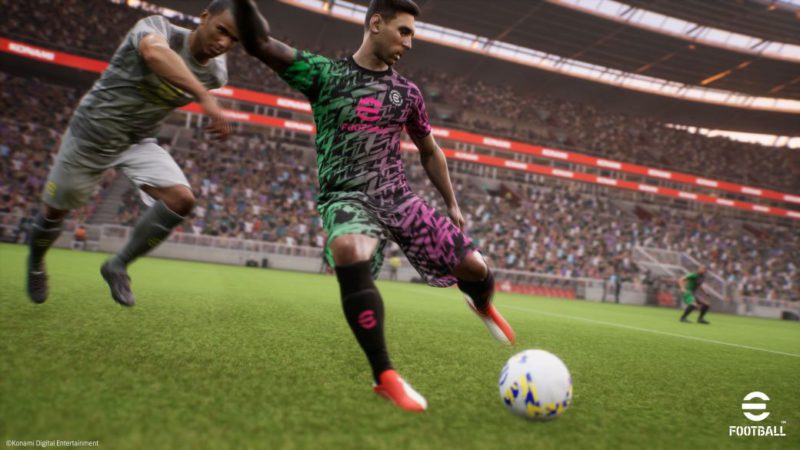 Konami has confirmed that eFootball will also support the files Option Files, the traditional support of Edit mode so that it is the community that replaces clubs, national teams, players and other unlicensed content in content identical to the official one. Although it will not be possible for launch, players on PS4, PS5 and computer consoles will be able to use Option File later; not so on Xbox One and Xbox Series X | S.

eFootball will solve the lack of licenses with Option Files

The Japanese company has indicated via Twitter that they are planning a free update for eFootball that will add Edit Mode / Option File support on PlayStation and PC, but time after launch game official in the form of free-to-play this autumn. The development team is finalizing the details for the global launch of the work before the end of the year.

The graphics engine used is Unreal Engine and it will become, in essence, a video game as a service: temporary content update policy, news from time to time, cross-play, online leagues, possibility of creating teams, tournaments designed to enter the electronic sports scene … eFootball wants to be a platform, but at launch it will only be licensed by nine renowned clubs; between them, the FC Barcelona with Leo Messi, the best player in the world, as one of the headliners. Both the Master League mode and other game modes will be sold separately as paid DLC.

eFootball, the name that will accompany the Pro Evolution Soccer (PES) saga from now on, will be launched this fall around the world in the form of free-to-play (free with in-app purchases) on Xbox One, PS4, PS5, Xbox Series X | S, and PC consoles. Later it will also do so on iOS and Android mobile devices with the same business model.