eFootball will have graphical improvements on PS5, Xbox Series and PC later 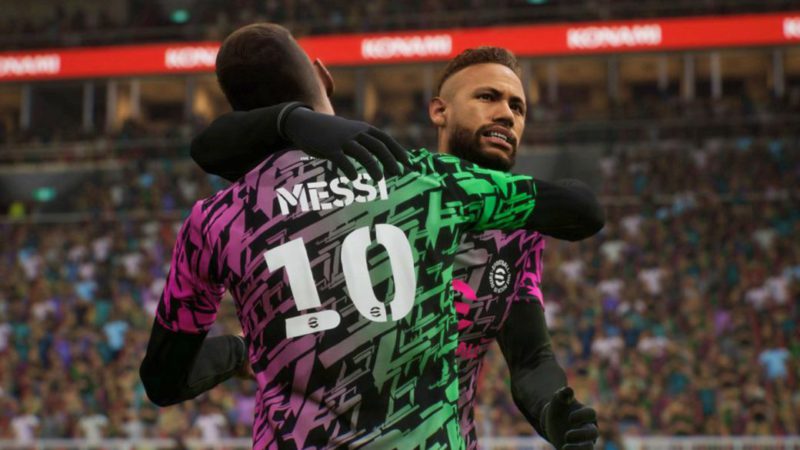 Konami introduced last July eFootball, the spiritual successor to the veteran soccer simulator Pro Evolution Soccer (PES), where not only the name but also the focus and business model change. Because PES becomes a game as a service, a free-to-play whose debut is expected for this autumn and that, from the start, it will have only nine teams. Seitaro Kimura, producer of the play, explained in The Loadout that PS5, Xbox Series X | S and PC versions will benefit from graphical improvements later.

“Even if the core game engine is the same for consoles and mobiles, we are working to guarantee the best gaming experience on each platform ”, he begins by saying. Said engine is Unreal Engine 4. “[Las consolas de nueva generación] and high-performance PCs allow us to dedicate more resources to the gameplay, so we have included a series of elements that are not possible on mobiles, such as 3d lawn, realistic movement of the spectators, cross processing moving elements, realistic lighting and motion blur. This is something that cannot be achieved on a mobile device ”.

Similarly, the sound It has also been rebuilt from scratch; added to the chants of the fans to generate a greater sense of immersion.

Konami ensures that some of these features “will not be included at launch“, but “will be implemented in a future update”. The Japanese firm has also recognized that the base version that we will play from this fall on consoles and PC will be, “in many respects”, a demo.

eFootball will be compatible with Option File; release this fall

After a round of questions and answers held on August 2, we have been able to know that eFootball will be compatible with the Edit Mode / Option Files, so that all those clubs, stadiums, players or other licenses not obtained can be accurately recreated; just as it has been doing for years.

eFootball is coming this fall to Xbox One, PS4, PS5, Xbox Series X | S and PC for free under a business model free-to-play. Soon it will also be released on iOS and Android devices. Game modes like Master League they will be sold separately as paid content.