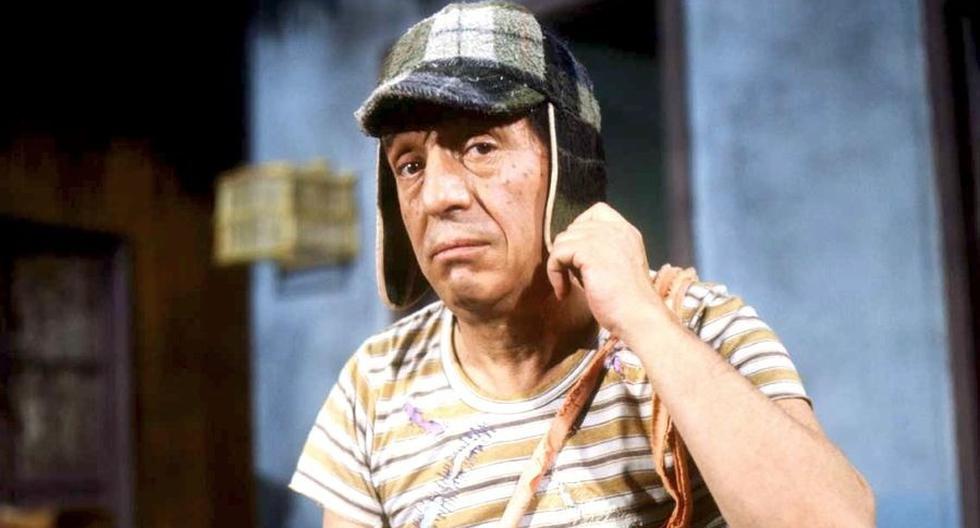 “And that I was Enrique Borja“, Is one of the most well-known phrases in the world and it was said by the actor and comedian Roberto Gómez Bolaños when he plays the”Chavo del 8″ And got ready to play soccer with his neighborhood friends. With that phrase one of the top players of the Mexican team “El América” is remembered, whose name became very famous in the “Chespirito” program.

The azulcrema squad also known as “Los Águilas” is celebrating its anniversary and is celebrating its 105th anniversary. Over the years it was listed as one of the best soccer teams in Mexico. Various players have passed through its ranks, some of whom have become stars and representative legends of “The america”, As in the case of Enrique Borja.

Precisely, that was the favorite team of the late actor known as “spirit“And did not hesitate to highlight it every time in the series”El Chavo del 8″ It was about a topic related to soccer or to the teams of that sporting discipline in Mexico.

“Enrique, I love him“Was the first expression he said Roberto Gómez Bolaños when he met the ex-footballer of “The america”, According to the host of the YouTube channel TUDN México, where he also interviewed his own Enrique Borja who is now a retired person from professional football.

This would have occurred in 2012 when one of the many tributes was made to the remembered “spirit”. In the interview, the former soccer player showed his gratitude and admiration for the actor.

“You still feel those things because when the El Chavo del 8 programs were on, I hadn’t seen the program where he mentioned me. Everyone told me about El Chavo and ‘you are his idol’, and that ‘Borja’s goal’, ‘Borja wants to be’ and ‘he fights with Quico’ (…) I didn’t know until the day I met him. Since I met him we became friends“Said the former athlete.

But beyond liking football, the popular Enrique Borja He also mentioned that he was very interested in the program of the remembered “spirit”.

“A big thank you to him for what he was doing on the program, everyone was talking about Enrique Borja, I liked watching the El Chavo del 8 program (…) As El Chavo once told me ‘Yes, at one point you were my idol ‘and I say’ Wow, I want to tell you something Roberto, everyone wanted to be El Chavo, their idol was El Chavo and you wanted to be Enrique Borja, you don’t know what flatters me‘”, He emphasized.

Among other anecdotes that the ex-footballer related was one where his team “The america”He had to travel to a Latin American country and on the plane he found Roberto Gomez With whom he was talking throughout the trip but upon arrival they saw many people with great enthusiasm. Everyone thought it was because of the soccer team and it was a great surprise when they realized that those who were waiting were the cast of “El Chavo del 8”.

Enrique Borja He also pointed out in different parts of the world he was known and even people asked him if Enrique Borja was the one mentioned in El Chavo del 8.

“For me it was a very important part what Roberto did with my image, very beautiful, for everything he gave me to my Roberto“, said.

Enrique Borja He was one of the deadliest scorers in Mexican soccer. World Cup player with his national team and idol of one of the teams with the largest fans in the Aztec country: The america.