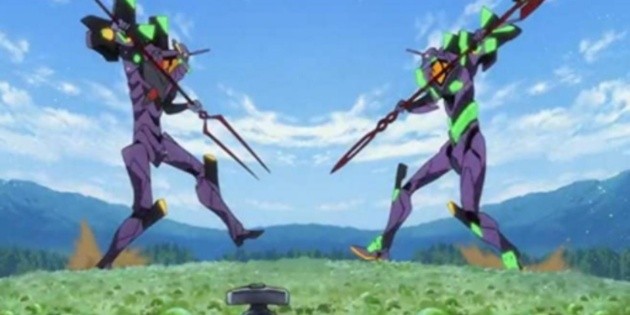 El Faro, Animal Cemetery and Evangelion stand out: the premieres of Amazon Prime in Spain

Amazon Prime Video strong bet with quality premieres in Spain to maintain your number of subscribers while trying to seduce a new audience. The company of Jeff Bezos is ready to fight among the most popular streaming platforms. The competition is tough and it all depends on the content released month by month.

With that in mind, August is loaded with news, with interesting movies like The lighthouse, where Robert pattinson gave one of his most complex performances. There is also room for terror with Animal Cemetery and anime fans can celebrate the arrival of the latest from Evangelion.

+ Films arriving on Amazon in August 2021

To the horizon, premieres August 1.

Directed by Joe Carnahan and starring Frank Grillo, Mel Gibson and Naomi Watts, Boss Level is an action, suspense and science fiction film that introduces us to Roy, a former member of the United States special forces, who is now retired. It will be difficult for him to have a quiet life: He lives again and again on the day of his death!


Head Above Water, premieres on August 6.

The lighthouse, premieres on August 8.

A remote and mysterious New England island in the 1890s. Veteran lighthouse keeper Thomas Wake (Willem Dafoe) and his young assistant Ephraim Winslow (Robert Pattinson) have to live together for four weeks. They must keep the lighthouse in good condition until a relay allows them to return to land. Everything is complicated with a hierarchy battle between the characters. Directed by Robert Eggers.

Adapted from the Stephen King novel, the film is directed by Kevin Kölsch and Dennis Widmyer and stars Jason Clarke and Amy Seimetz. A couple and their children move to a new home where they discover an old pet cemetery deep in the woods that hides secrets and is about to put them in danger.


The magic park, premieres on August 9.

Evangelion: You Can (Not) Advance, premieres on August 13.

Evangelion: You Can (Not) Redo, premieres on August 13.


The snail house, premieres on August 20.


The Adventures of Doctor Dolittle, premieres on August 22.

Family comedy based on the junior novel by Hugh John Lofting. Starring a witty Robert Downey Jr. who plays the peculiar veterinarian who lives surrounded by exotic animals in a large mansion. This character’s tranquility is interrupted when he must travel to a remote island to find the cure that is needed to save the Queen.


Pete, The Cat: A Very Groovy Christmas, premieres on August 27.

Have you ever wondered where the dolls that girls and boys play with come from? They live in a magical city where everything is perfect. Ugly stuffed animals, they live in UglyVille. A world in which nobody judges them and in which they are happy. What if these two worlds collided? When a brave stuffed animal named Moxy, along with Ox, UglyDog, LuckyBat, Wage and Babo, cross the border of their world, a fun and crazy adventure will occur starring these cute characters.


+ The series that arrive on Amazon in August 2021

Fourth and final season of the television adaptation of the famous comic series. After living an adventure full of dangers, Jesse, Tulip and Cassady are about to end this story … Will they be able to put God himself in his place?


Cruel Summer. It premieres on August 6.

1994. 1995. 1996. Three very different summers that are the perfect proof of how someone’s life can change radically in a short time. Addictive teenage ‘thriller’ in which a story is told interspersing three summers of the 90s with mysteries that will surprise the audience.

The second installment of this romantic comedy created by John Carney for Amazon Prime Video will return with new stories inspired by the New York Times column. The new protagonists? Kit Harington, Anna Paquin, Minnie Driver and Miranda Richardson, among others.

David E. Kelley directs and Nicole Kidman acts in this new collaboration following Big Little Lies and The Undoing. In addition, Nine Perfect Strangers is the adaptation of a novel of the same name by Liane Moriarty. Kidman portrays Frances Welty, a successful writer who arrives at a luxury spa with a bad back and a broken heart. The people she will meet there will inspire her.


Fernando, season 2. It premieres on August 27.

All about the two-time Formula 1 world champion, Fernando Alonso, in this second season that comes to Amazon Prime Video. As in the first installment, this docuseries closely follows the pilot and allows us to learn more about his personality as we watch him take on new challenges.