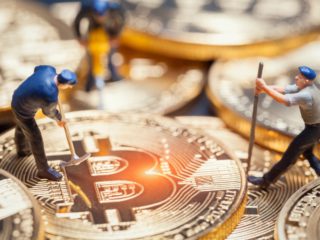 After El Salvador declared the crypto currency Bitcoin to be legal tender, President Nayib Bukele now also wants to attract the miners of the crypto currency into the country: He has instructed the head of the state geothermal energy supplier Lageo to provide operators of Bitcoin mining systems with cheap electricity tariffs , announced Bukele on Twitter. Among other things, a new system is available that can supply miners with 95 megawatts of renewable and emission-free electricity from geothermal energy. All of this will develop quickly, promised Bukele.

Only this week, on the initiative of the president, El Salvador decided to recognize the cryptocurrency Bitcoin as an official means of payment alongside the US dollar. This makes El Salvador the first country in the world where Bitcoin can be used to pay anywhere. Bukele is apparently determined to make cryptocurrency a location factor for the local economy.

Bukele’s announcement was greeted with joy in the crypto money scene – and the fact that he spoke of energy from volcanoes in his tweet gave rise to numerous memes about “magic internet volcano money”. The price of Bitcoin has currently recovered slightly after all kinds of price falls and is between $ 37,000 and $ 38,000.

That now in El Salvador current “Bitcoin law” states, among other things, that every price in the country can be shown in Bitcoin, all businesses must accept the currency, and taxes can also be paid with it. The state is supposed to guarantee the automatic convertibility of Bitcoin into dollars by setting up a trust within the El Salvador development bank. The central bank of El Salvador stopped issuing its own national currency, the Colón, in 2001. The US dollar was declared the official national currency at that time.

Or would you prefer to Kazakhstan?

Geothermal energy is one of the regenerative and climate-friendly energy sources, so the offer from El Salvador could help the bad environmental image of Bitcoin a little. The cryptocurrency has long been criticized for the power-hungry mining process that distributes the right to add blocks to the blockchain. Since an estimated two-thirds of mining is currently taking place in China and a significant part of it is fed with coal-generated electricity, the climate footprint of crypto money should not look particularly good. However, due to the decentralized nature of Bitcoin, exact figures are not available; relevant studies are always based on estimates.

Most recently, the Chinese government announced a tougher course against the mining data centers, which probably led to panic sales of mining hardware, but also prompted many operators to look for other locations with cheaper electricity and more friendly authorities. Destinations are the USA, parts of Northern Europe, Reports to Kazakhstan in particular.

The neighboring country of China obtains a large part of its electricity from fossil sources and should therefore contribute little to the greening of Bitcoin. According to Cambridge University figures A little over 6 percent of mining currently takes place in Kazakhstan, fourth in the world after China, the USA and Russia. Among other things, the Chinese mining hardware maker Canaan announcedto set up a customer center and own mining facilities in Kazakhstan.

It remains to be seen whether El Salvador will soon be one of the major mining hotspots. In numerous other countries in South America, various politicians have already announced that they will present laws that follow the example of El Salvador, including the Mexican Senator Eduardo Murat Hinojosa. The demand is often accompanied by the fact that the profile picture in the social networks is decorated with stylized laser eyes in order to present oneself as future-oriented.