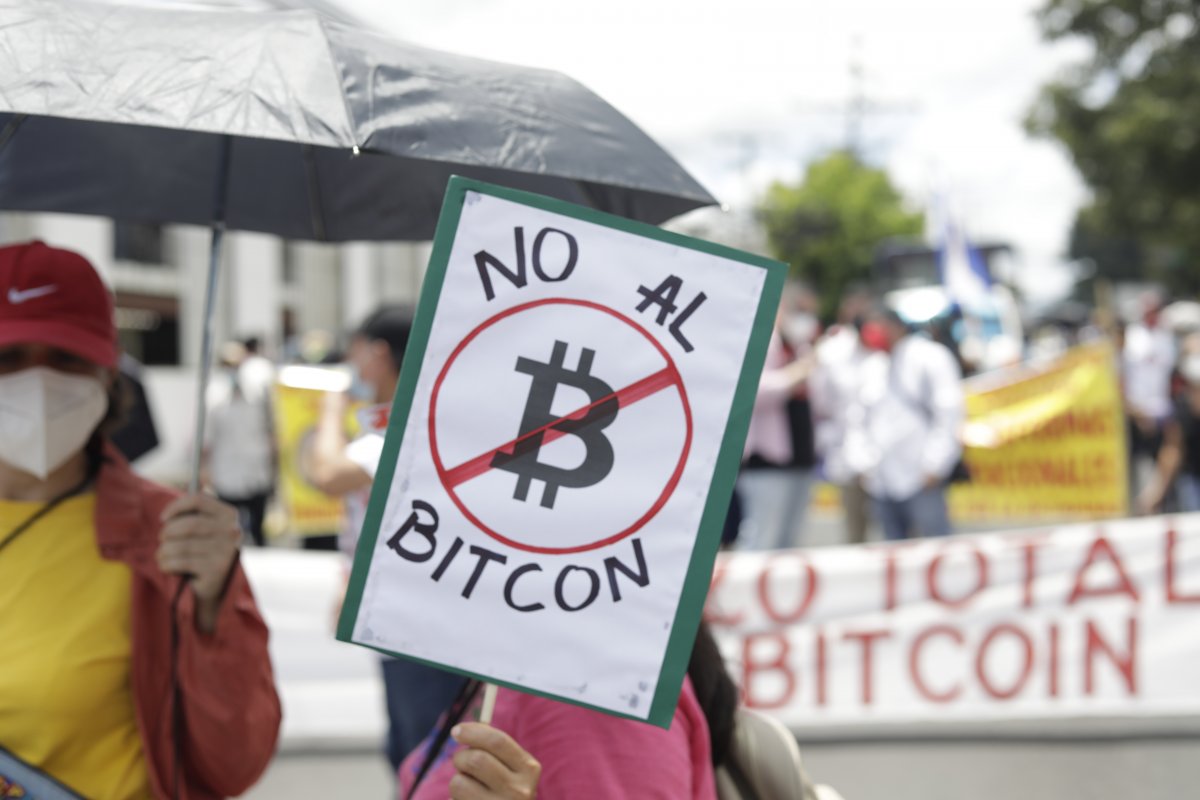 El Salvador: Protests against President Bukele and his Bitcoin law

In El Salvador, on the 200th anniversary of the country’s independence, there were protests against President Nayib Bukele and the introduction of Bitcoin as a means of payment, which he promoted. According to media reports, several thousand people gathered in the capital San Salvador on Wednesday and demonstrated against authoritarian tendencies in Bukele’s presidency.

According to the reports, the protesters turned against, among other things, a recently passed constitutional reform that would allow Bukele to be re-elected directly in 2024. There were also banners and T-shirts with inscriptions such as “No to Bitcoin” on display. On social media videos circulatedhow protesters set fire to one of the newly installed Bitcoin machines and demolish kiosks in which the machines are installed.

President Bukele accused the demonstrators of vandalism. “They say the” vandalism “was committed by” infiltrators “but there was vandalism at ALL of their demonstrations. Why don’t you hear shouts like” stop “or” stop “?”, he commented on one of the videos of the rioting on Twitter.

El Salvador is the first country in the world to make the cryptocurrency Bitcoin legal tender. In addition, the US dollar is still a means of payment; the Central American state has not had its own national currency since 2001. The law stipulates that every trader who is technically capable of doing so must accept Bitcoin as a means of payment. Taxes can also be paid in the cryptocurrency. Private individuals should be free to use it.

The corresponding Bitcoin law came into force last Tuesday. The day of introduction was according to reports bumpy. The official wallet software Chivo is said to have caused problems, among other things, due to overloaded servers. Criticism was also loud because the Chivo app requires permissions such as access to the microphone and address book without it being clear what for. Furthermore, there was a sharp fall in prices on the crypto markets, which dragged down almost all other major crypto currencies in addition to Bitcoin. Observers suspect that, among other things, some investors saw the introduction as a good time to realize crypto profits.

Rejection in the population

According to a nationwide survey by the Universidad Centroamericana (UCA) with almost 1,300 participants in August, around 70 percent of Salvadorans reject the Bitcoin law. Around the same number of people had imprecise ideas about Bitcoin: only 4.8 percent of those surveyed correctly defined it as a cryptocurrency. The Salvadoran economist Tatiana Marroquín had also criticized the project and referred to the high volatility of Bitcoin and the risk of money laundering. Criticism also came from the International Monetary Fund.

In view of the criticism, President Bukele has already admitted that the three-month preparatory phase for the introduction may have been a little too ambitious. reports the US broadcaster Abcnews. According to him, there are already half a million users of the wallet in El Salvador.