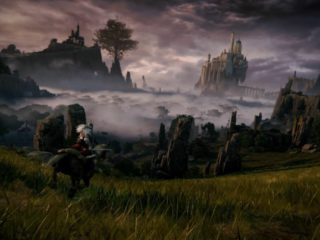 FromSoftware showed the first gameplay scenes from “Elden Ring” at the Summer Game Fest. The cult studio behind games like “Dark Souls” and “Bloodborne” had already presented the action game in 2019, but so far there has only been a short teaser. The numerous fans of FromSoftware games have been eagerly awaiting gameplay material ever since.

The gameplay scenes from the trailer for “Elden Ring” should look very familiar to you: There is medieval armor, dragons, magic, huge fortresses – and boss fights. “Elden Ring” presents itself unmistakably as a FromSoftware title in the first gameplay trailer.

At the end of the trailer, the Japanese development studio also announced the release date for “Elden Ring”: The game will be released on January 21, 2022 for Xbox One, Xbox Series X / S, Playstation 5 and PC. This makes the action game not a Playstation exclusive like some previous FromSoftware games, including “Bloodborne”.

In previous interviews, FromSoftware stated that “Elden Ring” should be a little more role-playing than previous titles from the developer studio. Players should again have the opportunity to specialize in certain skills. In addition to various types of weapons, players can also use magic against their enemies. Publisher Bandai Namco may announce more information on “Elden Ring” at E3. Bandai Namco’s stream starts on June 22nd at 11:25 p.m.