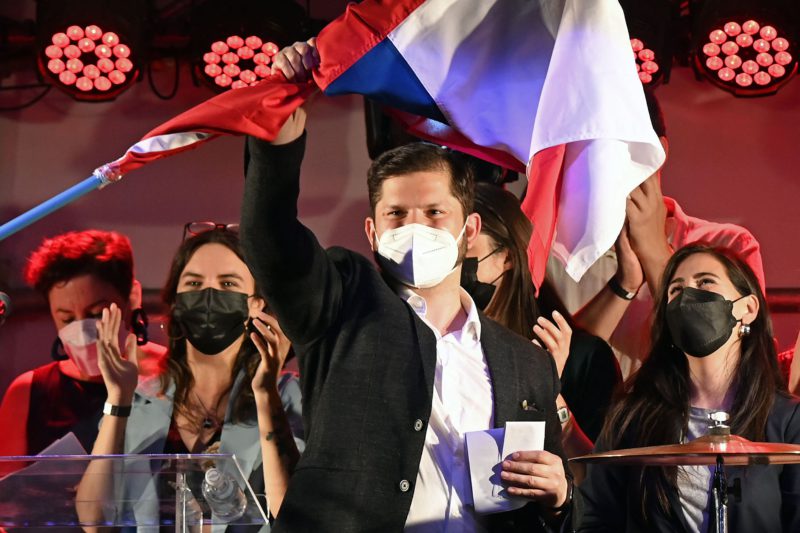 Order or change. The winners of the first electoral round in Chile have offered two totally opposite and irreconcilable visions of the country in their first speeches as rivals in the ballot. The far-right José Antonio Kast insisted on his vision of the world based on order and security. The leftist Gabriel Boric asked not to be afraid of the change that, according to his reading, it represents. At the same time, the political game that began on the same Sunday night requires seducing the outside voter, the one who elected one of the other five candidates who participated in the day this Sunday.

Kast broke an old tradition in Chilean politics that says the winner of an election speaks last. When the result was already irreversible and gave him the victory in the first round, with 28% of the votes, he went out to meet his followers. Kast was direct in his ideas and focused on the concepts that gave him the most votes: order and security to end the riots, the fight against crime and terrorism and a fierce defense of the police and the Armed Forces.

“The only candidacy that will restore peace, which is the alternative to confront criminals and drug trafficking and that will put an end to terrorism is ours,” said Kast, who never lost his measured tone and avoided euphoria. The candidate barely spoke of issues that had nothing to do with his heavy-handed proposals against crime. “We are going to regain peace, order, progress and our freedom. As of today, every woman who cannot return home due to crime and harassment has hope of living in peace. Every person who has experienced horror in Araucanía [en el sur del país, donde el Gobierno mantiene un duro pulso con comunidades mapuches por el control de la tierra] he hopes to live in peace, “he said.

The candidate directly targeted his left-wing rival, whom he accused of defending drug traffickers and terrorists. “Gabriel Boric and the communist party want to pardon the vandals who destroy. It must be said, it was Boric and the communist party who met with murderous terrorists and they have never been on the side of the victims of terrorism and crime ”. When he stepped away from the security agenda, Kast talked about economics. He did not innovate. He said that if he reaches La Moneda, he will lower taxes, reduce the State and clean it “of the relatives of politicians who came because they were the relatives of politicians, and not the best.”

Javier Boric will be the representative of the left in the second round. More effusive than Kast, this 35-year-old politician, forged in the heat of student protests, ratified his commitment to a change of course for Chile. “We come to be the spokesmen for hope, dialogue and unity. Our crusade for which we are going to deploy is the crusade that hope beats fear, “he said. “It will not be the first time that we start from behind,” he added, referring to the second place he obtained in the elections. “It is in difficult moments when the mettle of the leadership is tested.” The candidate also picked up the glove of his rival and joined the citizen security agenda. “For those who fear crime, we will be with you and we will be relentless with drug trafficking,” said Boric.

The left now has a complex task. He must speak to a wide swath of the electorate that sees Boric as a symbol of the social outbreak of 2019, a profile that Kast has been able to take advantage of. Boric spoke directly to that electorate fearful of change and defender of the order proposed by the far-right candidate on Sunday. “They have legitimate doubts about the changes we propose,” he said. “Let’s not fall into contempt for those who voted for other alternatives. What we have to do is understand why they chose different alternatives, and convince them that we are a better way to lead them to a fairer country. To win in the second round we have to be humble and receptive and not arrogant and haughty, “he added.