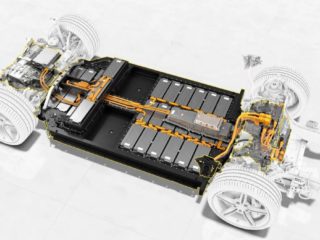 According to company circles, Porsche is examining several locations in the home state of Baden-Württemberg for the production of battery cells for electric cars. In addition to Tübingen, Gärtringen (district of Böblingen) or a place near Heilbronn could also be considered for settlement. The circles today confirmed corresponding information from Stuttgart newspaper and the Stuttgart news.

The sports car manufacturer announced in June that it wanted to manufacture high-performance battery cells on a small scale together with a partner. The planned factory should achieve a capacity of 100 megawatt hours per year. These are battery cells for 1,000 cars. Production is scheduled to start in 2024.

According to the papers, the Porsche board of directors wants to make a decision in the next few weeks. According to its own earlier statements, Porsche will invest a high double-digit million sum in the new company. As recently as June, there was talk that the factory would probably be built in Tübingen.