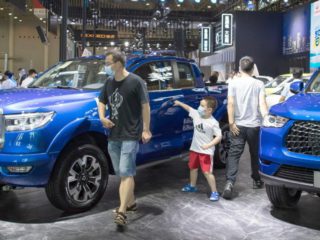 In the opinion of the local government, there are too many domestic manufacturers in the Chinese market for electric cars. He wants to encourage companies to merge and restructure, said Xiao Yaqing, the industry minister responsible for market surveillance, according to the Chinese daily China Daily. It does not appear from the report how this is to be done.

So far the market for electric cars has developed well, but there are many small manufacturers. But be the sector technology-heavy, the resources should be market-oriented as much as possible, Xiao said according to the report. He also announced that he would expand the charging infrastructure for electric cars and make the type of drive more attractive to the rural population.

In the first eight months of this year, 1.64 million vehicles with alternative drives (NEV) were sold in China, which is 222 percent more than in the same period of 2020. This growth is mainly driven by the manufacturers BYD, Tesla and SAIC-GM- Wuling. In addition, in August alone, China’s production of storage batteries for powering the NEV rose by 161.7 percent to 19.5 GWh compared to the previous year.

The China Passenger Car Association has then corrected its annual forecast from April this year from 2 million to 3 million NEV. The NEVs sold from January to August have a share of almost 13 percent of the entire Chinese car market, last year it reached 5.4 percent. By 2025, the share is to grow to 20 percent, by 2030 to 40 percent.

Volkswagen wants to offer six electric models in China this year, which are also to be built there, reported China Daily. The German company plans to sell up to 100,000 vehicles in 2021.