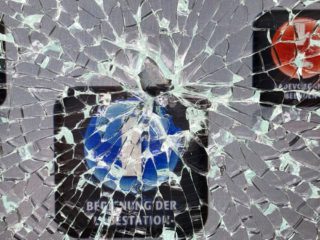 The German automotive industry wants to invest 150 billion euros in electromobility by 2025. In return, the state must improve the framework conditions extensively, demands the industry association VDA. This includes that the charging current must always be 100 percent green electricity and permanently cheap. The charging current would have to be exempted from the EEG surcharge and electricity taxes.

The VDA believes that smart and contract-based payments should be made at the charging stations. He rejects the Federal Government’s planned equipping of all new charging stations with what he believes is outdated and no longer necessary technology such as card readers.

Germany will need more than one million charging points for e-cars and e-vans by 2030. For this, more than 2000 new charging points would have to be built every week writes the Association of the Automotive Industry in a 15-point plan, there are currently about 300 being built per week. Therefore, a nationwide and Europe-wide high-speed program with specific targets is necessary.

To avoid the need for so many charging points, the VDA recommends further increasing the number of fast charging points. “That saves space, is usually more economical and increases customer benefits,” says the 15-point plan. “The power grid must also be expanded accordingly for this purpose in order to be able to provide the necessary power.”

The many electric cars of the future should also be able to be charged at work, at home and while shopping. Here the state must provide incentives with funding programs, but also, for example, regulations for new buildings. Furthermore, the purchase of CO2-poor vehicles are promoted, so the environmental bonus should be adequately financed over the year 2022.

In order for electromobility to be truly sustainable, a reuse or reuse market for batteries is needed. Batteries that are no longer suitable for road traffic could be reused as energy storage devices. As long as the batteries are still in the car, they should also be able to serve as storage for the power grid via directional charging.

So that the VDA can keep a better eye on the federal government and the EU Commission in all of this, they are to submit an annual report on the expansion of the charging infrastructure in Germany, the funding programs and the status of target achievement in all other fields of action from 2022 onwards.

The VDA had clashed with its member Volkswagen in the past few weeks. After it became known that the association wanted to increase membership fees, Volkswagen boss Herbert Diess urged the VDA to cut costs. The reason for the conflict could be that Diess does not feel strengthened by the VDA in its strict electrical course, which in turn pleads for “technology openness”, i.e. also for other sustainable forms of drive such as fuel cells or e-fuels.