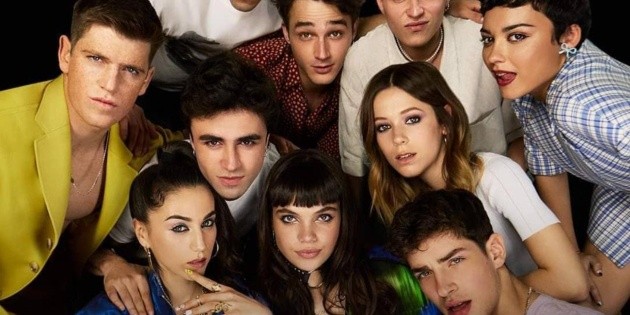 Elite 5: these are the two characters that will not return to the series

On June 18, just four days ago, Netflix added the fourth season of Elite. After almost a year without renewing content, the production of the Spanish series managed to overcome the blockages of the virus and release its new edition which had new members in the cast and, likewise, also had the presence of some old acquaintances such as Cayetana, Samuel, Omar, Ander, Guzmán and Rebeka.


However, the eight chapters of the new season of Elite They were already seen by most of the fans and, therefore, there are already many interested in the fifth part. Despite the fact that not much information was known about the fourth edition during the filming, several data of the new episodes have already been leaked and, one of them, is that filming began at the same time as the recently released one.

Likewise, there is also the fact that two new stars were added, beyond those incorporated in the fourth season. But, what was not known, until now, is that there are two legendary actors from Las Encinas who will leave the set for the fifth edition and it is not just Itzan Escamilla (Samuel) and Omar Ayuso (Omar), who came to assure that the fourth season was his last participation.

It is that, everything indicates that those who will abandon Elite for the next installment are Miguel Bernardeau (Guzmán) and Arón Piper (Ander) since (SPOILERS ALERT) in the last episode of the fourth season they left the school in the middle of the semester to undertake a dream trip aimlessly. With typical framing phrases and emotional shots, the characters said goodbye to their companions, thus implying that this would be the last time they would see them.

It is still unknown if their separation from the series will truly take place and what was said by Escamilla and Ayuso was a simple distraction, but everything indicates that they will not be present at the most prestigious school in Madrid since they already have new projects underway. As for Piper, he shoots a film with Luis Tosar and is focused on his role as a singer, while Bernardeau made the international leap with 1899 and will also star in Playa Negra.

That is why, following the plot and even the real life of the actors, it does not make much sense that they are the ones who stay in Las Encinas and Ayuso and Escamilla are the ones who leave since, in fact, they did not present projects outside of Elite. In addition, his roles also have unresolved plots that were left open in the last episodes of the fourth season.