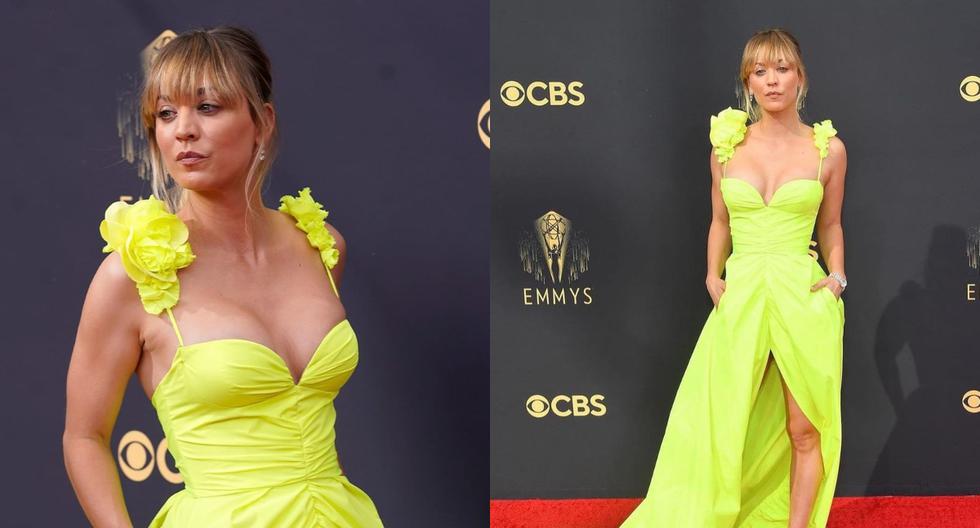 This Sunday, September 19, the central ceremony of the Emmy Awards 2021, gala of the Academy of Arts and Sciences of Television that takes place at the Microsoft Theater, in Los Angeles (USA).

Various celebrities from the entertainment industry attended this important event and Kaley Cuoco was no exception. The protagonist of the series “The Flight Attendant” shone on the red carpet in a neon yellow dress.

Kaley Cuoco was one of the best dressed of the gala, a detail that the social networks of the Emmy Awards highlighted through a publication.

“So many fashion highlights on the Emmys red carpet tonight!”, was posted on the official Instagram of the Emmy along with a photograph of the 35-year-old celebrity.

The remembered Penny from the series “The Big Bang Theory” took to his social networks to share a curious snapshot of how he was preparing for the ceremony.

The 73rd edition of the Emmy, the most important awards in the television industry, was held this September 19 in Los Angeles (USA) with a face-to-face gala but with limited capacity due to the coronavirus.

The organizers devised a ceremony that will have fewer than 600 guests outdoors in the center of the Californian city to comply with the sanitary measures.