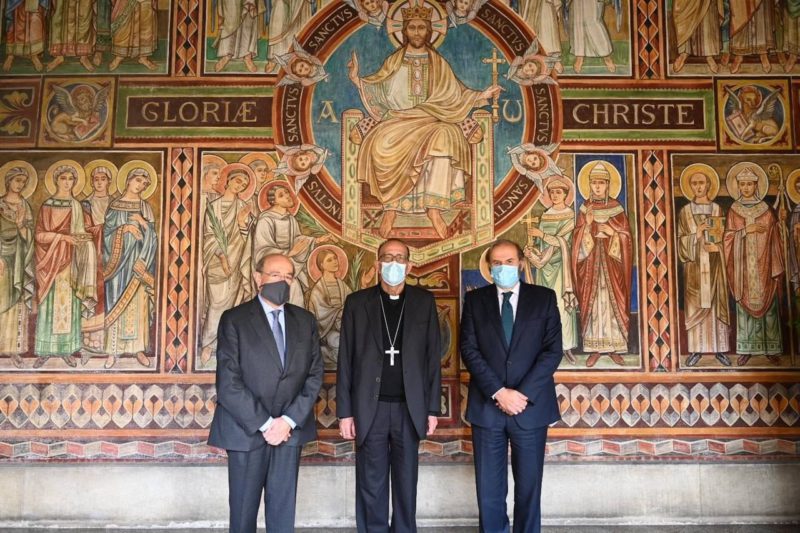 The collaboration of the Endesa Foundation focuses on the lighting of the Tower of the Virgin Mary in the Basilica which, in addition to having an artistic objective, will meet sustainability and energy efficiency criteria, like all the lighting projects in which the Endesa Foundation participates. It is not the first time that the Foundation contributes to the construction process of a building as symbolic as it is emblematic as the Sagrada Familia. In 2007, coinciding with the 125th anniversary of the laying of the first stone of the Temple, collaborated in the night lighting of the Passion façade.

“It’s a honor for the Endesa Foundation participate in this historical moment, which is of significant notoriety. The whole of the Tower of the Virgin Mary and its star will draw a new landscape of the city of Barcelona, highlighting the unique architectural language of this work. Through the lighting of this tower, one of the most emblematic of the set of central towers that will crown the Sagrada Familia, from the Endesa Foundation We want both to make the nobility of the monument visible, bringing visitors closer to the story of its symbolism and to contribute to increasing-even more- its national and international projection and recognition ”, he commented Juan Sánchez-Calero, president of Endesa and its Foundation.

We will have to wait until next December 8 to see the result since the project is, at the moment, in its last construction phase. With its 138 meters high, the Tower of the Virgin Mary will be the second tallest in the architectural complex. The upper part will consist of a crown with twelve wrought-iron stars, which is followed by an 18-meter shaft. covered with trencadís, and as a final element a textured glass star, illuminated from within, with a total of twelve points. The star is the symbol of the Virgin mary as the mother of Jesus; and guide of his faithful. The project of its exterior lighting emphasizes and gives greater meaning to the story of its own symbolism.

Since its inception in 1998, the Endesa Foundation has contributed to the illumination of great architectural works in our country from the conviction that giving light is one of the most unique ways of enhancing and enhancing our heritage. It has a list of 700 illuminated works, spread over Spanish territory, with such emblematic places as the cathedrals of Palma de Mallorca or Burgos, the chapter house of the Toledo cathedral or the Romanesque Cathedral of Santo Domingo de la Calzada, in La Rioja, among many others.

The lighting projects, in addition to having criteria of sustainability and energy efficiency Common and shared with Endesa and the Enel group, they capture and multiply the beauty of the monument by offering a new artistic look at our common past, projecting it into the future.