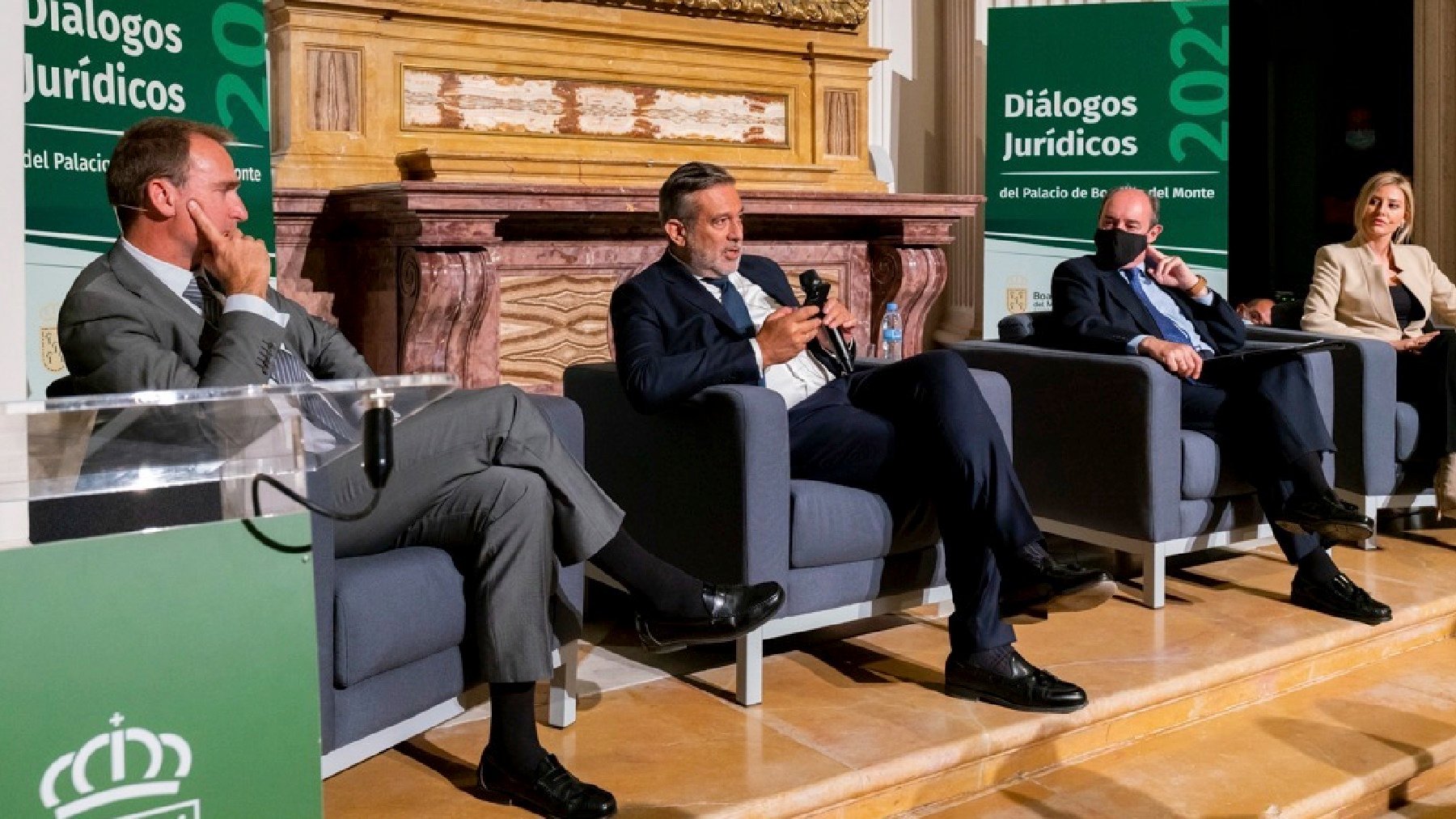 Enrique López: “We need a Law for the protection of health in case of pandemics”

«An Organic Law is needed to protect health in cases of epidemics and pandemics. And I’m not saying it. The higher courts of justice say it, the contentious chambers, the Supreme Court says it, the State Council says it, the Constitutional Court says it, the European Commission says it, which has seen with some concern that not all states they have been equipped with specific legal instruments to deal with situations of this nature “, Enrique López, the Regional Minister of the Presidency, Justice and Victims of the Community of Madrid explained yesterday in the framework of the conferences Legal Dialogues.

The event, held this Wednesday, was organized by the Boadilla del Monte City Council, a town west of Madrid, and Filegal. The mayor, Javier Úbeda, and the editor of the legal newspaper, Julen Ariza, inaugurated this installment –the first of three–, which bore the title Spain before a new reality. Is a specific law necessary in case of pandemics? The event was held at the Palace of Infante Don Luis in that city.

Also participating in the conference were the president of the Superior Court of Justice of Madrid (TSJM), Celso Rodríguez Padrón, and the president of the Spanish Association of victims and victims of Covid 19 (ADAVIC-19), the lawyer Carolina Mata. Moderated by the magistrate of the Provincial Court of Madrid, Francisco Oliver.

“Pablo Casado told the President of the Government, in April 2020, ‘Wouldn’t it be good to think of an organic legislative framework that would allow the adoption of restrictive measures of fundamental rights to protect health, with a clearly established procedure, with authority judicial?’. And he offered him an outstretched hand so that within a month and by a single reading, a reform of Law 3/1986 on special measures in public health could be made. The president ignored it, “added López.

“The Government was not up to the task”

The president of the Spanish Association of victims and victims of Covid 19 (ADAVIC-19), the lawyer Carolina Mata, said, during her speech, that she herself experienced the severity of the pandemic firsthand. He lost his father, a practicing physician, in the first wave of the pandemic. He passed away on March 23, 2020.

“Doing the math, he must have been infected between March 12 and 14. This has made me fully informed about what happened. And I have to make a harsh criticism of the management of the first weeks and months of the pandemic, “he said. “It was a management that did not rise to the occasion”, stressed.

«On the part of the central government it was very deficient. Since January, February and March 2020 there have been reports from international and European organizations in which they referred what the coronavirus was and its consequences and what measures should be taken to prevent its spread. Decisions were made out of partisan interest that undoubtedly aggravated the situation, ”the lawyer stressed.

For his part, the president of the TSJM, Celso Rodríguez Padrón, explained that the crisis produced by the pandemic “put the judicial system to the test and pushed it to the limit of ‘its seams.” The cracks and deficiencies of the system emerged with greater force», He stressed. In his opinion, the multiplicity of decision foci and the lack of coordination made it difficult to manage the crisis.

«The General Council of the Judicial Power made its decisions about the judges. The State Attorney General’s Office on prosecutors. The Ministry of Justice on the officials assigned in its territory [Extremadura, Castilla-La Mancha, Castilla-León, Murcia, Baleares, las ciudades autónomas de Ceuta y Melilla, la Audiencia Nacional y el Tribunal Supremo] and the twelve Autonomous Communities with powers in matters of Justice, over their own. Not forgetting the unions that were also the source of decisions in human resources management that gave us more than one reason for reflection. And they did not agree ”, clarified Rodríguez Padrón.