Epa Colombia is accused of being racist for a new advertisement 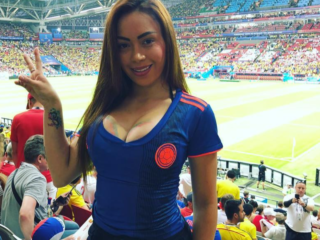 The influencer and businesswoman has just released a new product that generated an incredible buzz on social networks.

Although Epa Colombia reached its popularity as a content creator on the internet, it has been dedicated to its hair products company for several years.

The main one is keratin, which helps to care and straighten hair, with which it has even made a great effort for the Colombian authorities to allow it to be exported. But now, it just caused quite a stir after announcing that there is a new version for children.

For the publicity of the product, Epa made a video where a little Afro pretends to call her and ask for her help to have straight hair. And although his intention was to publicize the new product, it ended up causing a great scandal on social networks.

Many netizens began to accuse her of being racist, since the message that curly-haired women should straighten it to meet beauty standards can be very harmful especially for children and goes against the fight of many people, especially afro, for normalizing that type of hair.