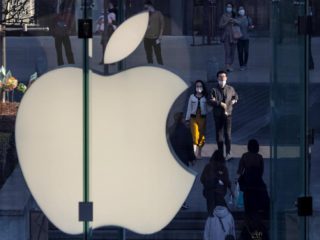 San Francisco (USA), Sep 13 (EFE) .- The American video game developer Epic Games appealed the ruling that the US Justice issued last Friday, in which it denied that Apple has a monopoly with the App Store, according to court documents that Efe had access to this Monday.

The Cary (North Carolina) company filed the appeal with the Northern District Court of California, in Oakland; the same courts in which three days ago the magistrate Yvonne González Rogers issued a ruling with which she gave and took reasons from both parties.

In fact, in addition to Epic, it could be the situation that Apple also decides to appeal.

Friday’s decision prohibits Apple from maintaining exclusivity over payment systems in purchases through the App Store application store, since it maintains that when it prevents developers from informing their customers that there are cheaper alternatives, a violation of antitrust laws.

The ruling, however, upheld the controversial 30% commission that Apple charges software developers, and supported the company’s right to offer only the App Store as an app store on its products.

At the center of the legal dispute that Apple and Epic have maintained for months is the question whether the App Store is a monopoly and the Cupertino company is taking advantage of it and harming consumers, as the developer maintains, or if, on the contrary, it competes freely with alternatives such as Google Play, as the iPhone company argues.

In this sense, Rogers’ ruling was closer to the interests of Apple than to those of Epic, since although it prohibits the company with the bitten apple from continuing to have exclusivity in payments, it makes it clear that Apple cannot be branded monopoly.