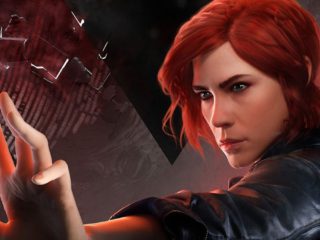 And Wednesdays are now the new Fridays for movie and television lovers (for the premieres of Marvel’s Loki), Thursdays are also a kind of early weekend for PC and video game lovers.

Of course, because Epic Games Store keep pulling muscle when give your users new games. And attentive, because the two new free titles this week are no small thing: Genshin Impact y Control. In addition, Epic has revealed what games it will be giving away next week, among which is another high-caliber game: Overcooked! 2. Y todo sin desmerecer a Hell is other demons.

As usual, the titles can be purchased at no cost through Epic Games Store. And if you don’t have a PC handy to download the launcher, remember that you can also do it through the browser, also with a mobile device. In any case, what you will need is a store account (which is also free).

So you have one week to purchase Control and Genshin Impact. More concretely, until Thursday, June 17, 2021 at 5:00 p.m. (Spanish peninsular time). If you do, the games will stay in your library forever. And in that same day at 5:00 p.m., they will already be available Overcooked! 2 y Hell is other demons.

As for the games, it is a great time to discover all that Genshin Impact has to offer. In the game, we will embark on a journey through Teyvat to find our lost brother and seek answers from The Seven, the gods of each element. Furthermore, it is an open world RPG with anime aesthetics that is reaching great heights of popularity.

Of Control, little more can we say that you do not already know, although it is important to mention that the standard edition is offered. For its part, Hell is Other Demons is a action platformer shooter with Roguelite elements. While Overcooked! 2 is a new helping of chaotic cooking action. Ideal to play in company in your local cooperative mode, or online for up to four players.