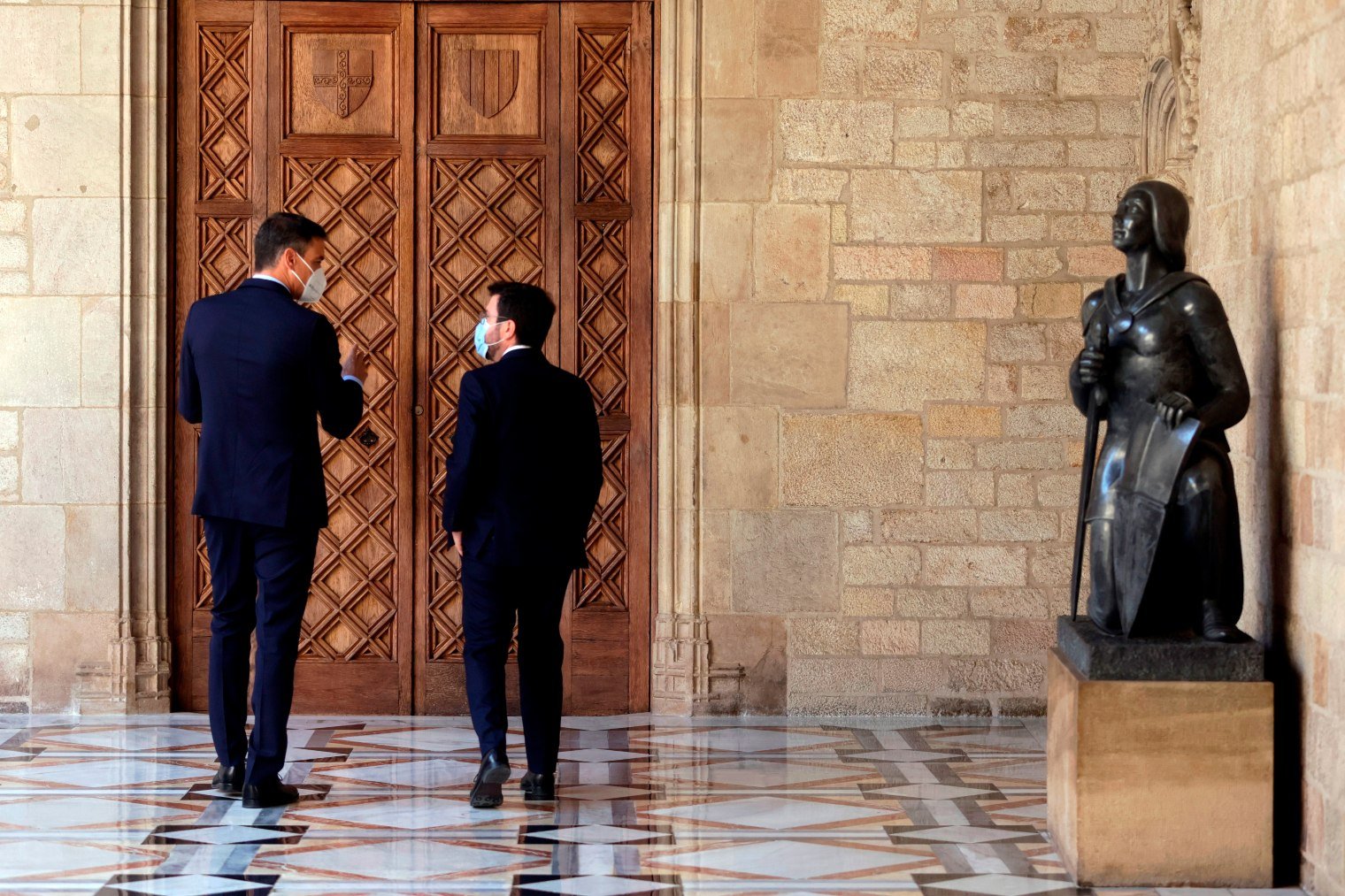 Sánchez sold this past Wednesday the benefits of the dialogue with ERC. He praised the redirection of the Generalitat along the path of understanding and non-confrontation; and ERC, for its part, prepared days before the reception of Sánchez denouncing his government before the United Nations for prosecuting the crime of sedition, precisely for which the coup plotters of 1-O were convicted.

A whole show of goodwill on the part of the Generalitat: a complaint to the UN because, according to ERC and the Generalitat, Spain exceeds in two facets: the request that the coup plotters must return the embezzled money – made by the Court of Auditors – and, two, the regulation of the crime of sedition, the one for which the coup leaders of 1-O were convicted – such as the ERC leader, Oriol Junqueras – and which, according to the formation of the regional president, exceeds the protection of the Constitution and the unity of Spain.

Therefore, on September 7, eight days before the meeting of the negotiating table of Pedro Sanchez with Pere Aragonès, the General Directorate for the Promotion and Defense of Human Rights, which depends on the Ministry of Equality and Feminisms of the Government, headed by Tania Virgen, He sent two reports to the UN denouncing the defenselessness of human rights in Catalonia due to the national regulation of the crime of sedition and the actions of the Court of Accounts.

Specifically, both reports were for the United Nations Special Rapporteur on the Right to Freedom of Peaceful Assembly and Association, Clement N. Voule, to be incorporated into the report that will be presented at the 50th session of the Human Rights Council. That is, for what question the democratic quality of the Government of Pedro Sánchez himself throughout the international orbit.

The first of the reports is titled The crime of sedition and the right to protest. This document affirms that the current conception of the crime of sedition in the Penal Code is an “anomaly at the European level”. The text compares the criminal codes of 17 countries and concludes that the Spanish case has no counterparts in Europe and that it “obeys criteria of criminalization and punishment” far from current European standards. Translated: that according to ERC, the regulation of the crime of sedition in Epata violates human rights.
The report adds that the definition of “sedition” of the Supreme Court in the judgment of the process “is neither clear, nor precise, nor foreseeable” and causes “legal uncertainty.”

In addition, it places “the non-violent civil disobedience, as long as it is massive, within the margins of the crime ”, without“ the explicit renunciation of the use of any form of violence makes any difference when considering the requirements of the crime of sedition ”.

The reports draw on exhibitions of human rights organizations such as Amnesty Internationalworry Human Rights Watch, with those who affirm that the ruling of the Supreme Court against the coup plotters of 1-O is contrary to the defense of human rights.
The second report is titled The actions of the Court of Accounts and the rights to political participation, a fair trial and freedom of expression. It states that the procedures of this body “do not offer the necessary guarantees to the investigated persons and generate defenselessness.”

It states that the possibility of filing an appeal at the procedural stage “is excessively limited.” And that the Court of Accounts “Exceeds his functions” with “politicized biases” in the selection process of its members and in its jurisdictional function. All this was urged in the preparatory phase of the meeting that Sánchez has described as conciliatory.