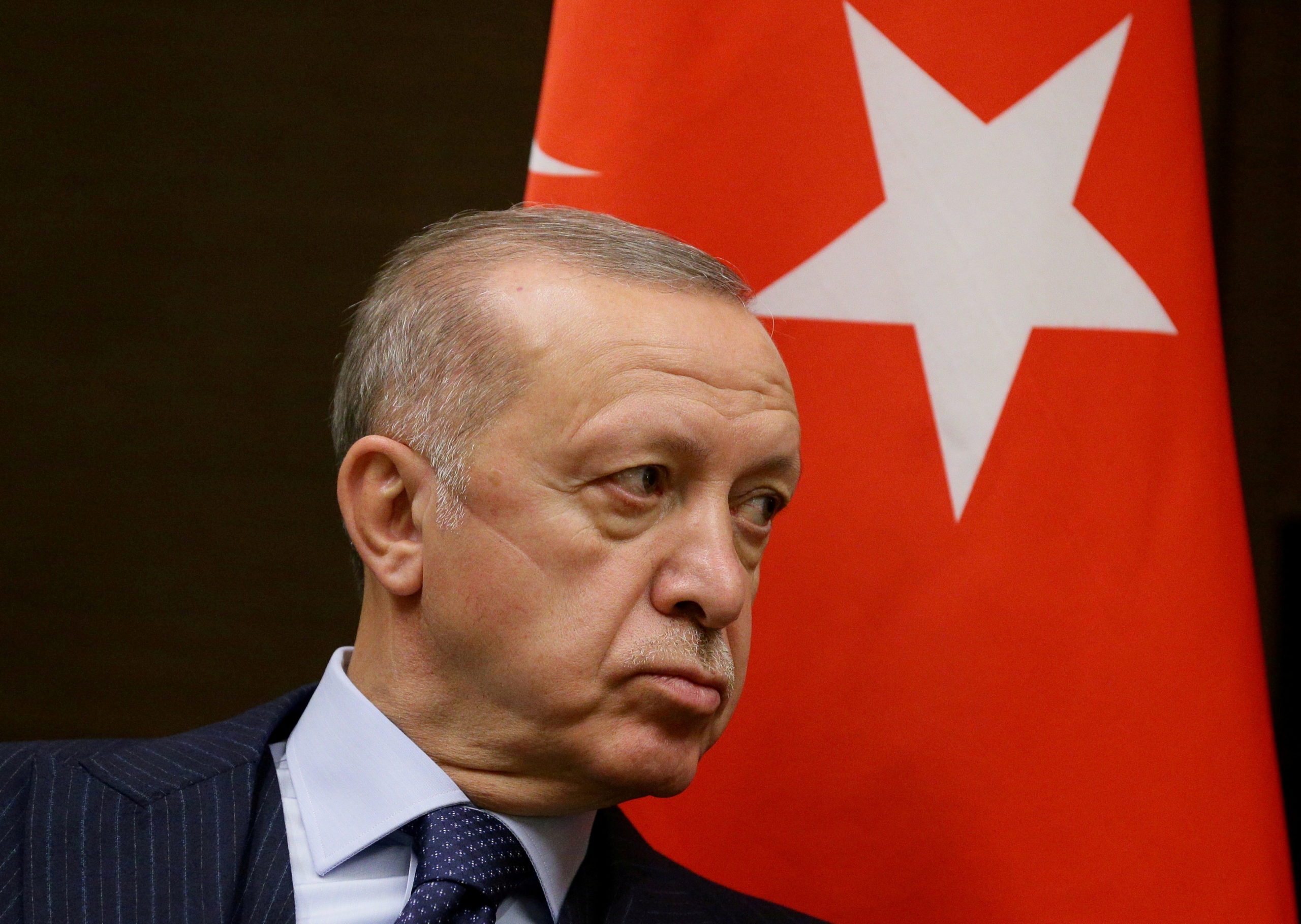 Turkish President Recep Tayyip Erdogan has ordered to declare persona non grata to the diplomatic representatives of 10 countries, including the United States, France and Germany, for having demanded the release of businessman and activist Osman Kavala, detained for four years despite a ruling by the European Court of Human Rights ordering his release. This is the latest in a series of clashes by Turkey – also one of the most serious – with its Western allies, which are also its main economic partners, which Ankara accuses of financing terrorist organizations that attack the country.

“These 10 ambassadors come to give orders to the Foreign Ministry. How shameless is this? Where do you think you are? This is Turkey! I have also given orders to the Foreign Ministry: ‘That these 10 ambassadors be immediately declared persona non grata‘. That way they will understand, they will know what Turkey is, ”Erdogan said this Saturday at a rally in the Turkish city of Eskisehir.

On the 18th, the embassies in Turkey of France, Germany, Finland, Sweden, the Netherlands, Denmark, Norway, Canada, New Zealand and the United States published a joint statement in which they demanded the release of Kavala when it was four years old. his imprisonment. This businessman, involved in social activism – especially on issues related to coexistence and ethnic and religious minorities in Turkey – was arrested in 2017 and accused of being the organizer of the Gezi protests, which shook the country in the spring of 2013 and were perceived by Erdogan as an attempt to overthrow him. In February 2020, justice acquitted Kavala and other defendants – although the appeal was accepted and the trial must be repeated – but the same day that the businessman was released, another court ordered his arrest again, in this case under the accusation. having participated in the coup attempt of July 2016.

The Strasbourg Court ruled in 2019 that Kavala’s procedural rights had been violated and ordered his release, to which Turkey refused, despite being obliged to abide by the judgments as a member of the Council of Europe. Ankara alleges that Kavala is now incarcerated for a different crime. Both the European Union, to which Turkey has been a candidate for accession since 2005, and the Council of Europe have repeatedly criticized Kavala’s imprisonment and the latter organization will decide in November whether to initiate an infringement process against Turkey that could culminate in your loss of voting rights.

The businessman himself announced last week through his lawyers that he will not appear in more trials, considering that it is a “political” process. In fact, Erdogan has described him as a “bandit”, “terrorist” and “representative of the Jew George Soros” (the financial speculator of Hungarian origin who has become the target of all the darts of the new populist right since he became philanthropist and promoter of liberal democracy through his organization Open Society).

The ambassadors who came out in defense of Kavala were summoned this week to the Foreign Ministry, which is usually common in cases where Turkey considers a certain statement “interference in the internal affairs” of the country. Instead, the declaration of persona non grata it is a much more serious step. According to Article 9 of the Vienna Convention, which regulates diplomatic relations between States, if a member of a diplomatic legation is declared persona non grata You must leave the country, or otherwise the credentials that accredit you as a representative of the country of origin will be withdrawn.

Diplomatic sources explained that, however, the decision has not yet been communicated by the Foreign Ministry to the embassies involved, which probably will not happen until the beginning of next week. Typically in these cases, the affected country reacts with similar measures, which would mean that Turkey is left without ambassadors in 10 countries, most of which are also its partners in NATO and important buyers of Turkish products.

In fact, there is little precedent for a country that has expelled so many ambassadors at once. It would be necessary to go back to 1971, when the United Kingdom expelled a hundred Soviet diplomats accused of espionage.

Kemal Kilicdaroglu, leader of Turkey’s main opposition formation, the center-left CHP, reacted harshly to Erdogan’s decision. “This individual who is pushing the country rapidly towards the precipice has given the order to declare persona non grata 10 ambassadors. I say it clearly: this measure is not aimed at protecting national interests, but at creating artificial conflicts to mask the bad economic situation it has created, ”said the Social Democratic politician on Twitter.

The Turkish lira has been hitting all-time lows for a week after the central bank’s decision to cut interest rates at the urging of Erdogan. A measure that has caused a new increase in the price of the products that Turkish industry and agriculture must import to produce and that makes it difficult to fight against the persistent inflation that a Turkish population has to deal with, which has seen its purchasing power dramatically reduced in recent years. years.