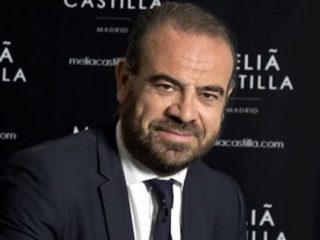 This Thursday the Meliá Hotels International Shareholders’ Meeting, in which both the president Gabriel Escarrer Julia, and the group’s CEO, Gabriel Escarrer Jaume, explained the consequences that the pandemic has had on the results and evolution of the company. In addition, both have agreed to highlight “the lack of support from the government»That the Spanish tourism sector has received.

The CEO has celebrated that Meliá Hotels International has left the worst months of the crisis behind and will register its first month this June with a Positive EBITDA since the coronavirus pandemic arrived in our country. «At Exceltur we continue to demand more aid and a long-term investment plan. For this, the funds of the European Union are key, however despite this the Government has not granted any of these funds to tourism», Has criticized Escarrer.

«Our sector has stopped earning more than 116,000 million euros only in Spain last 2020. During the first quarter of this 2021, revenues have also been extremely limited. We have suffered a lot and we have resisted the strengths that we had, such as the solid financial position of the company to explode the crisis, the situation of our renewed portfolio, an excellent reputation and the high level of digitization achieved by the company “, has remarked the president of Meliá Hotels International.

Currently the company has around 200 of its hotel establishments open, more than 70 of them in our country. In addition, the company expects to have more than 300 hotels open around the world by the end of 2021 due to the improvement in forecasts and the increase in demand.

“The tourism has been one of the hardest hit sectors by Covid-19, and all countries have suffered. Although the countries most dependent on tourism have suffered the most, such as Spain. Now we begin to glimpse the first green shoots. Every crisis brings with it an opportunity and at Melia we have opted to anticipate this post-pandemic environment, ”explained CEO Gabriel Escarrer Jaume.