European stocks begin to rise pending the Bank of England 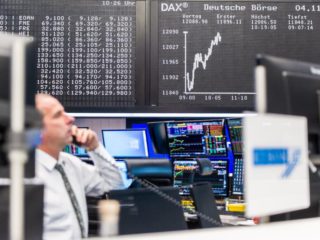 Madrid, Jun 24 (EFE) .- The European stock markets have started the session this Thursday on the rise pending the meeting of the Bank of England -which will announce its periodic decision on interest rates-, the IFO business survey in Germany and from final US Q1 GDP data.

In Spain, the National Institute of Statistics (INE) has confirmed that the Spanish economy fell in the first quarter of 2021, compared to the last of 2020 in which it remained stagnant, although it has reduced the contraction to 0.4%, a tenth less than advanced in April.

The Euro Stoxx50, which brings together the main European companies, added 0.52%.

The main index of the Tokyo Stock Exchange, the Nikkei, closed flat on Thursday, with investors divided between optimism for an export-friendly yen and fears of an expansion of the delta variant of covid in Japan.

Wall Street closed this Wednesday on mixed ground, with losses in the Dow Jones de Industriales and the selective S&P 500, but reaching its second consecutive record in the Nasdaq Composite Index.

In the debt market, returns were rising at this time. The interest of the German bond, considered the safest, advanced (it became less negative) and hovered around -0.163%.

The yield on the US bond, the one that most worries investors, also advanced to 1.502%.

In the currency market, the euro rose against the US dollar and was trading at 1,193 units.