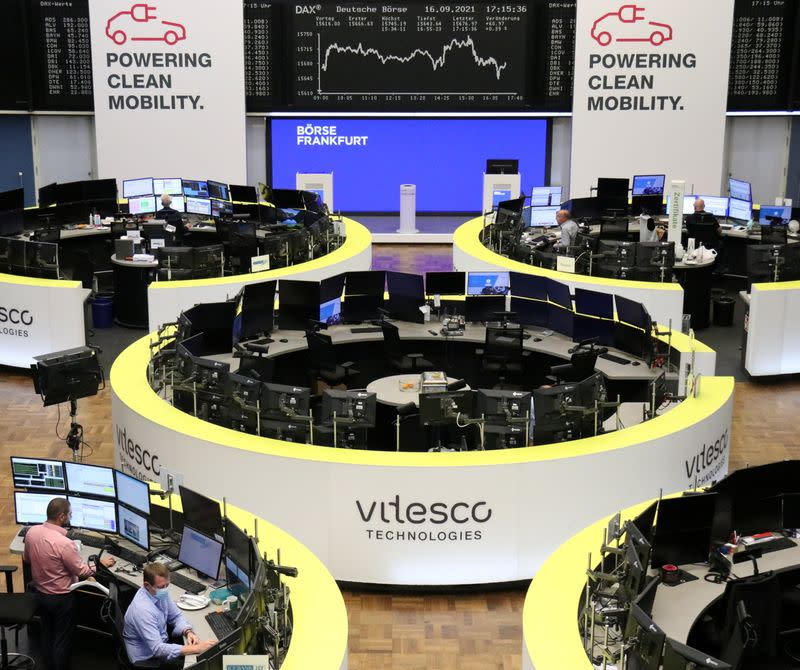 Sep 17 (Reuters) – European stocks fell on Friday, ending their third straight week of losses as the core resources sector was hit by the decline at Anglo American, though news that Britain considered easing travel restrictions boosted airline and hotel groups.

* Anglo American sank 8.1% after Morgan Stanley and UBS lowered their ratings on the stock. The European mining index was also pressured by fears about a slowdown in growth in China, losing about 8% for the week.

* Most regional indices were pressured by fears about a slowdown in global growth and tighter regulations on Chinese firms.

* After closing 3.4% higher on Thursday in one of its best daily performances this year, the European Travel and Leisure Index advanced 1.2%, accumulating a rise of 2.7% in the week and leading the hikes among European groups.

* Wizz Air, IAG – owner of British-Airways – and InterContinental Hotels all climbed between 2% and 5% after Britain said it would simplify the rules on COVID-19 for international travel.

* Next week could be key in determining the short-term direction of the market, with the monetary policy meetings of the Federal Reserve and the Bank of England, as well as the elections in Germany.