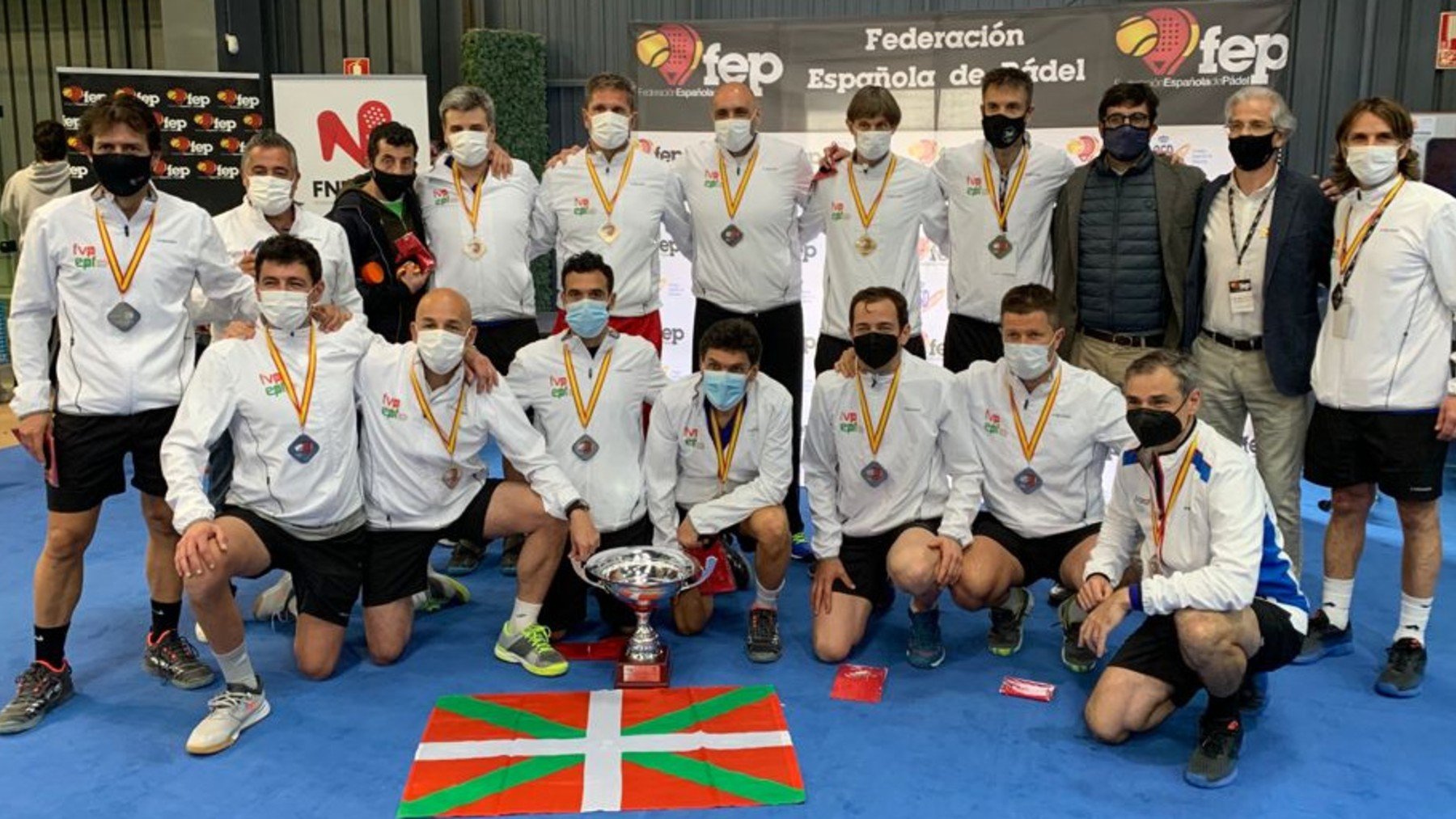 Between October 4 and 9, something unusual will happen in Bilbao. Basque Country will participate as a selection in the European Padel Championship before the resignation of Spain. The reason? The Spanish Federation (FEP) only recognizes the tournaments organized by the International Federation (IFJ) and not the European Federation (FEPA), which will be the organization that allows the Basque Country to compete with Germany, Italy or Portugal.

In this way, Euskadi will be the first autonomy to play an international paddle tennis tournament. At the beginning of next October an unusual event will occur after the Spanish Federation has positioned itself against FEPA, the European Federation that is in charge of organizing this European that has acquired a great role in the presence of Euskadi. Spain only recognizes the tournaments coordinated by the International Paddle Federation (FIP) and this has been taken advantage of by the Basque Padel Federation (FVP) to perform an act of political advertising with sport as an excuse.

Since last year 1995, all the Europeans have been organized by the International Federation and Spain has always been present (except in Rome 2019). Furthermore, the last European Championship organized by the FIP was held last July in Marbella. In addition, the tournament ended with a Spanish victory over Italy and France. As reported Iusport, a broad interpretation of the 2012 Constitutional Court ruling is what allows the Basque team in this international competition. “The FEP does not recognize any official status for this test, nor is it given support of any kind, and it reinforces its commitment to the FIP, an organization to which it belongs as a member federation”the federation announced in a statement.

📢 #ComunicadoFEP
🟥 The FEP reiterates its separation from FEPA and stands out from the competition that it intends to hold in the Basque Country.
🟨 The FEP has informed the CSD that it does not support the tournament of any kind.

Statement from the Spanish Paddle Federation

The Spanish Paddle Federation wants to emphasize that your disengagement from FEPA, an entity not recognized by the International Paddle Federation (FIP), is still in force and therefore, stands out from the competition that it intends to hold in the Basque Country at the beginning of October under the organization of the Basque Padel Federation (FVP).

The FEP does not recognize any official status to this test, nor is it provided support of any kind, and it reinforces its commitment to the FIP, an organization to which it belongs as a member federation.

Since 1995, all the European Paddle Championships have been promoted and organized by the International Paddle Federation. Spain has thus endorsed it with its constant presence except in the 2019 European Championship in Rome, in which the former president of the FEP decided not to present the Spanish teams and to attend a simultaneous tournament (on the same dates) as the FEPA. organized in Lisbon.

The European Paddle Championship, the official FIP competition, was held in July this year in Marbella (Malaga), after 14 years without taking place on Spanish soil. The men’s and women’s teams from Spain took the victory against Italy and France, respectively.

Subsequently, on August 3, the FEP became aware of the organization of the FEPA tournament in the Basque Country and the Higher Sports Council was informed directly, underlining that said competition does not have the consent or support of the Spanish Federation. that he has not included it in his competition calendar.

The Spanish Paddle Federation categorically rejects the information published in various media in which it assures that the FEP authorized the integration of the FVP into the FEPA, an entity not recognized by the International Paddle Federation.

The FEP has not received any request from the Basque Federation regarding its affiliation to FEPA and, of course, it has not granted any permission in this regard.

It should be remembered that the General Assembly of the Spanish Paddle Federation approved the resignation to be part of the FEPA on October 31, 2020. The measure obtained the support of 75 percent of the assembly members.

The initiative was part of the commitment of the new president of the FEP, Ramón Morcillo, and the new Board of Directors to recover the path of officiality and on his departure, the Spanish president himself reached out to FEPA and left the door open to a future integration within the framework of the IFJ to “contribute to the orderly development of a sport that is taking off across Europe”.

Given this, the Spanish Paddle Federation emphasizes that it has never approved or endorsed this position of the FVP which, with its actions, has wanted to uncheck itself from a decision adopted by a large majority in the General Assembly of the FEP, in which it has representation of the Basque Federation itself, as well as Basque clubs and athletes.

It should be remembered that it was Alfredo Garbisu, former president of the Spanish Federation and today a member of the Board of Directors of the Basque Padel Federation as second and international vice president, one of the main promoters of FEPA when he was president of the FEP (2016-2020) . In order to allow the integration into the FEPA of the FVP, the only federation representing an autonomous community, said entity even had to modify its statutes, which shows the abnormality of the situation.

Finally, and based on all this, the Spanish Paddle Federation warns of the danger that this type of positioning generates when opening the door to political speeches that are not related to sport.