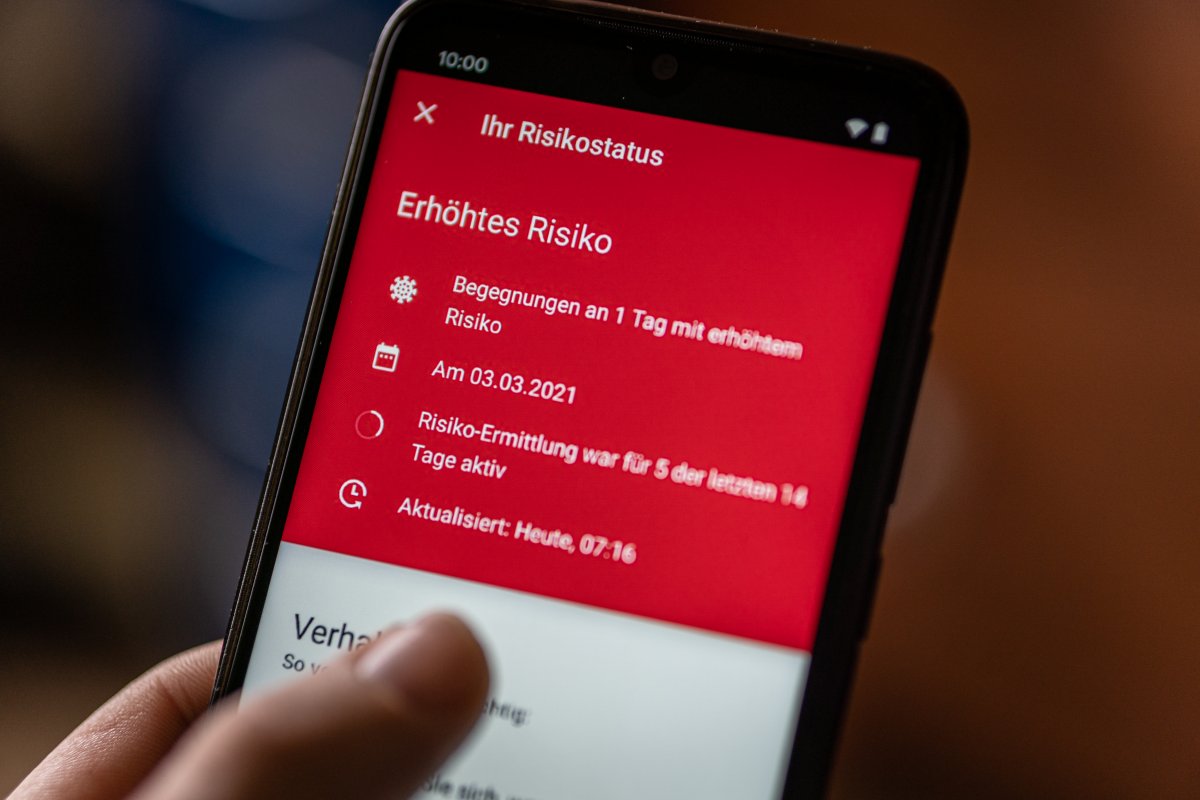 Evaluation of the data donation: “The Corona warning app warns the right people”

Anyone who tests positive for Covid-19 and uses the Corona warning app to warn contact persons will alert an average of five people. Of those who then have a PCR test carried out themselves, around a fifth receive a positive result. Among the 11 people on average who received an indication of a low-risk encounter, the rate is less than half as high. The corona warning app therefore warns the right people, concludes a research team that evaluates voluntarily shared data from the app. Since March, users have been able to share information for such a scientific evaluation as part of a data donation.

Since the beginning of March and version 1.13 of the app for contact tracking, information on risk encounters as well as received and transmitted warnings about risk encounters can be automatically shared with the app provider. Optionally, you can also enter information on the state and district in which you live, as well as your own age group. According to the CWA project team, the data is donated anonymously and no conclusions can be drawn about a person. The privacy of the user is preserved. Among other things, the data should enable conclusions to be drawn about the pandemic and, for example, show local peculiarities.

According to the evaluation that has now been submitted A little less than 50 percent of the users of the Corona warning app donate their data via the function. Of these, slightly more data donations go to iPhones than to Android devices (both around 6.1 million). 30 percent of the donors gave an indication of their rough age, almost two thirds are attributable to the group of 30 to 59 year olds, the rest equally to the younger and older. There is a clear east-west difference in the geographical distribution; in the old federal states, per capita people are more willing to pass on, overall, urban areas are well ahead of rural regions.

While the number of people who have warned possible contact persons via the Corona warning app is known, the number of those warned cannot be viewed this way due to the privacy-friendly infrastructure. This is where the data donation comes into play, because data to be received warnings are also passed on. In total, over 600,000 red warnings and 1.5 million green warnings have been registered since the beginning of March. The presented figures on the time course roughly reflect the pandemic situation, but run ahead of the corona figures. There were significantly fewer warnings after check-ins; only a few thousand were registered here. The authors of the report blame the legal situation, among other things, as the app may not be used for check-in in many places.

For PCR tests for Covid-19, which are registered in the Corona-Warn-App, there are on average a result after 21 hours, but half of the results are available after 12 hours. Those who, in turn, received a warning via the app and then had themselves tested, registered it on average 3.6 days after the warning; here too, more than half were again significantly faster (1.8 days). In addition, there is the warning on average 3.7 days after the risk encounter. On average, registered tests for Covid-19 were registered in the Corona warning app about 6 days after the risk encounter, the team still writes. The next step is to analyze the number of active apps and devices in more detail.