“Even if we all went vegan tomorrow in the West, that would not stop the planetary catastrophe” – Philipp Blom, author of “The Stakes” 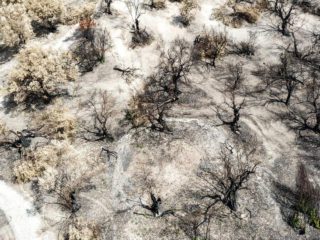 Philipp Not yet not afraid of great ideas. On the contrary, I know it grows in view of they.

This is demonstrated by the themes of the books he has published: on the Enlightenment (“Encyclopédie, the triumph of reason in irrational times” and “Dangerous people. The forgotten radicalism of the European Enlightenment”).

On the intoxicating and exciting years leading up to World War I in Europe and how they changed the West (“The Vertigo Years”); or the so-called Little Ice Age, which in the seventeenth century also deeply affected the planet, in “The mutiny of nature.”

In his latest book, “What’s at stake” —which was presented at the Hay Festival in Querétaro, held between the 1st and 5th of this month—, faces perhaps the biggest and scariest idea of ​​all: the possibility of humanity disappearing.

And he does so with the baggage and the gaze that decades of scrutinizing moments of historical changes in societies, especially the Western one, have given him.

Does anyone doubt that we are in the middle of one of them? The conversation, in English, took place between London and Vienna.

Most of his previous works are on history. “The years of vertigo”, about what was the intoxicating decade and a half prior to World War I in places like Vienna; “The mutiny of nature”, about the Little Ice Age that transformed Europe and the world in the 19th century. His new book, “What’s at stake”, it’s more about the future. I see it as a moral warning about what can happen. What prompted you to write it?

Shock. Pure shock to see how the world is, to see the scientific data. And to see how blind I myself have been to all of that for a long time.

It is a shocking reality that many people still do not want to face. Right now I’m working on a book called “Subjugating the Earth: The Rise and Fall of an Idea.”