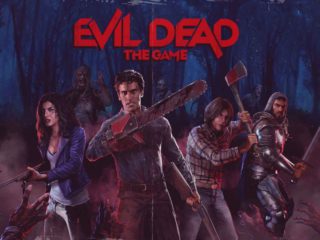 Evil Dead: The Game is one of those titles that was announced a long time ago, but was kept quiet for a long time. However, The Game Awards 2020 was the setting chosen for its debut. Now, Saber Interactive and Boss Team Games They have again selected a Geoff Keighley show to present more news about the video game. Within the Kickoff Live of the Summer Game Fest 2021, a new gameplay trailer has been shown, which you can see on these lines.

The new Boss Team Games production is a cooperative-type game that relies on PvP (player versus player) gameplay. The studio has chosen to design a product suitable for almost all systems, so it will be marketed on Xbox One, Xbox Series X, Xbox Series S, PS4, PS5, Nintendo Switch and PC. Based on the horror classic by Sam Raimi, Evil Dead: The Game promises blood, deaths and lots of fun in company. It will go on sale sometime in 2021, so we will soon be able to put ourselves in the shoes of one of the survivors … or the spirit that possesses people.

A saga with history

The Evil Dead is a film known in Spain as Infernal Possession. The first film was released in 1981, a time when terror was on the rise. The protagonists they are a group of university students that they are going to spend a few days on vacation in a cabin lost in the woods. How could it be otherwise, the fun plan is truncated when evil awakens and death begins to do its thing.

It is not the first classic of the genre to come to video games. Illfonic revived the saga Friday the 13th, this time with an asymmetric multiplayer game. Thus, players have to escape from the evil Jason Voorhees, always ready to kill the youngsters who are staying at the old Crystal Lake camp. This studio has also been commissioned with the adaptation of Predator, also with a similar game scheme.