Ewan McGregor Loved Star Wars Again Thanks To The Mandalorian 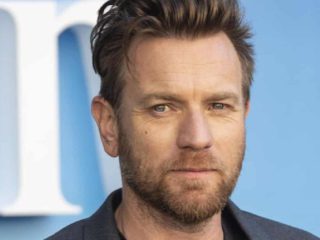 While we await the arrival of Obi-Wan Kenobi to Disney +, Ewan McGregor revealed that he found his love for Star Wars again thanks to The Mandalorian.

After waiting for so long for it to happen, finally Ewan McGregor is already on the set of Obi-Wan Kenobi to reprise that role that so many fans loved. In a new interview, the interpreter revealed that when he saw The Mandalorian, the hit Disney + series, the series reminded him of all the love and fascination he felt for the famous franchise.

During a chat with Pedro Pascal for Variety, Ewan McGregor commented that after seeing both seasons of The Mandalorian, he fell completely in love with the Star Wars universe again. Quickly, both actors expressed their admiration for each other and also highlighted the careful work that went into carrying the series forward. Mainly, they praised the practical special effects used, which helped create a more authentic atmosphere on set.

You may be interested: Ewan McGregor confessed a heartbreaking truth about Yoda

“For me, now that I started doing the Obi-Wan Kenobi series, which is similar in the technology they used, the Mandalorian series took me back into the world of Star Wars and in a way that it didn’t. I expected it. I had my own experience with this one in the 1990s, but I was amazed at how much I liked it, ”revealed Ewan McGregor.

The Mandalorian was created by Jon Favreau and produced by Dave Filoni. The series became one of the favorite shows of the vast majority of Star Wars fans and revived the furor for it. If Obi-Wan Kenobi follows the same steps as Pedro Pascal’s fiction, Ewan McGregor could have the possibility of generating the same thing that he felt in other viewers.

All Star Wars series and movies can be seen on Disney Plus.