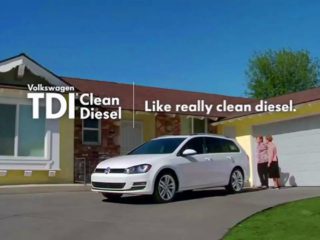 The French judiciary has also initiated an investigation against the car company Volkswagen for alleged fraud in diesel emissions. The proceedings were initiated on May 6, according to judicial circles today. It was only on Tuesday evening that it became known that the French judiciary was investigating Renault on the basis of similar allegations.

The judiciary is now accusing Volkswagen of fraud regarding essential properties of a product. This has led to a risk to human or animal health. The company was asked, among other things, to leave a deposit of 10 million euros. In addition, a bank guarantee of 60 million euros is due.

VW: “No damage entitled to compensation”

Volkswagen rejected the allegations. “In any case, VW AG is of the opinion that French consumers have not suffered any damage eligible for compensation in connection with the purchase of a VW vehicle,” it said in a response. The group is now examining all available options to contest the decision.

The fraud with fake nitrogen oxide emissions by Europe’s largest car manufacturer Volkswagen was uncovered in the USA in September 2015. As a result, investigations have also revealed irregularities at many other car manufacturers.