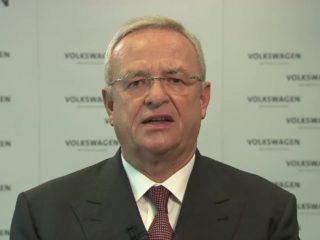 Former Volkswagen CEO Martin Winterkorn is said to have testified wrongly before the Bundestag investigative committee. The public prosecutor’s office in Berlin has therefore brought charges of undocumented false testimony before a large criminal chamber of the Berlin Regional Court.

Winterkorn is charged with testifying on January 19, 2017, when he was informed that a software function for test bench recognition was installed in VW diesel cars and that exhaust gas values ​​were manipulated in test operation. He claimed that he only found out about it in September 2015, but the public prosecutor thinksthat he had known this since May 2015. The topic was also discussed on the VW AG “claims table” in July 2015.

Meanwhile, it became known how much compensation Volkswagen is demanding from Winterkorn and three other ex-top managers because of the diesel scandal. According to the final agreement, an amount of almost 288 million euros was agreed, $ (LEhttps: //www.volkswagen-newsroom.com/de/pressemitteilungen/volkswagen-aufsichtsrat-einigt-sich-mit-prof-martin-winterkorn-auf- 112-million-euro-damage-compensation-7249: it said on Wednesday from the company.

There are also additional insurance benefits that are well above the private amounts. According to VW, they add up to a total of 270 million euros. In addition to the lawyers of the former managers, more than 30 insurers were involved in the negotiations.

Both the personal payments and the insured coverage would result in “by far the highest sum that such a consortium has ever put on the table in Germany,” said negotiators. The fundamental decision to draw Winterkorn and some of his colleagues to “Dieselgate” to take financial responsibility had already been made at the end of March. Now the details are in.

VW had also demanded compensation from ex-head of development Ulrich Hackenberg. However, he was “not ready to reach an agreement”, which is why “legal steps” should now be prepared against him.

The agreed payments, which were discussed outside civil or criminal law processes, could put a provisional end point in the years of processing individual responsibilities in the emissions scandal. The general meeting scheduled for July 22nd has yet to approve the resolutions. However, further questions need to be clarified before the courts themselves in ongoing or upcoming proceedings.

After the nitrogen oxide manipulations on diesel engines in the USA were exposed in the fall of 2015, there were proceedings around the globe. Criminal justice and consumer advocates also dealt with the origin of the scandal, which plunged the auto industry into a crisis of confidence and has cost the VW Group well over 30 billion euros so far.

Relatively early on, Volkswagen admitted to the US Department of Justice that it was principally responsible for deceiving customers and authorities. However, the supervisory board also commissioned the law firm Gleiss Lutz to investigate internal processes in the period before the diesel affair. This examination lasted more than five years.

Winterkorn had assured that before the allegations became known, he had always behaved correctly to the best of his knowledge. He “did everything that was necessary and did not neglect anything that would have led to the damage being avoided or minimized”. (with material from the dpa) /