Express constitutional reforms? The hasty move of the Congress of Peru that would “weaken” the new Government 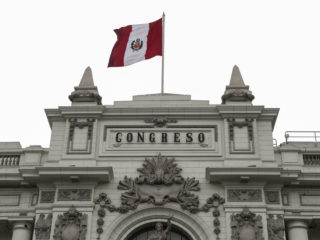 The winner of the presidential elections in Peru has on his horizon the warning of his predecessor, Francisco Sagasti, about “hasty constitutional reforms” planned by the outgoing Congress that would “further weaken” the Executive against the Legislative, which has already deposed a president in 2020, in the midst of an unprecedented political crisis.

Sagasti, elected deputy in extraordinary elections in 2020 after the dissolution of the Legislative Assembly, came to the provisional Presidency by vote of the parliamentary majority to occupy that position after the resignation of Manuel Merino, who had assumed the first magistracy after the removal of Martín Vizcarra, in November 2020.

The outgoing president referred in several tweets to the “controversial legislature”, authorized on June 1 in Parliament, which established a fourth legislative term of just over a month.

To approve constitutional reforms in Peru, two legislatures are required, but Congress only has one left, so it admitted an extraordinary extension from June to July to approve issues such as the regulation of the question of trust and the return to bicamerality in plenary session. before the new Parliament is installed (2021-2026), on July 27.

To return to the bicameral system “65 articles of the Constitution” would be modified and “the powers of the Executive Power against Congress would be further weakened, breaking the balance of powers”, affirms Sagasti, who described as disrespect for the Constitution that “in a few days it is intended to approve more than a dozen reforms” without ” deep debate and wide acceptance of its content. “

These assertions have been questioned by the president of the Congressional Constitution Commission, Luis Valdez, who said that he will denounce the outgoing president for stopping the reforms to the Magna Carta to “backfire the first power of the State.” pick up RPP.

What does the return to bicamerality contemplate?

Despite the fact that in 2018 the bicameral parliamentary system was rejected by referendum, the issue reappeared in a draft of law that, according to the deputies who presented it in 2020, is “a constant demand from various sectors” to “improve” legislative work, overcome “problems of under-representation” (for every 250,000 inhabitants there is one congressman) and reduce the ” tension “with the Executive.

According to the text, the Senate would be made up of 60 representatives and the Chamber of Deputies, 130. If approved, it would begin to operate on January 1, 2023, when the new president has a year and a half in office.

As had already been decided in the 2018 popular consultation, members of Parliament cannot be immediately reelected for a new term, in the same position.

One of the aspects contemplated by this project, which has generated skepticism in different sectors, is an atypical extension of the legislative period.

Deputy Valdez affirmed that this decision seeks that the parliamentarians, who saw their activities diminished by the pandemic and the political crisis, can “leave with a clear conscience“, knowing that they are leaving” a more democratic state “, pick up an editorial in El Comercio.

According to the project, there will be an “extraordinary election” of senators to adjust them to the bicameral system that would be carried out together with the regional and municipal ones in 2022. The deputies elected under this modality would have a parliamentary term of three years, from January 1 from 2023 to July 26, 2026.

This group would have to coexist with the new Congress, characterized by a high level of fragmentation and little previous parliamentary experience, whose 130 members were elected in the general elections in April this year.

Those who support a return to bicamerality argue that the parliamentarians elected in 2016 could not do all the work promised by the pandemic and the political crisis.

However, not only Sagasti has spoken about it, in the aforementioned editorial in El Comercio it is asserted that the representatives had “plenty of time to work“And that not having done so” does not justify improvising a ‘mini-legislature’ that twists the limits it imposes for its reform. “

The text assures that “it is difficult to find justification for the urgency of the current one” and that these constitutional changes could correspond to particular interests. “There are plenty of reasons to distrust the intentions of the current Parliament,” reads the text.

Background of the bicameral system

The reestablishment of the bicameral system, in force in Peru from the 19th century until the 1993 Constitution, includes the reform of more than 60 articles of the Constitution.

Before that date, the Andean country had two chambers, dissolved in 1992, after the self-coup of former President Alberto Fujimori. A year later, the Magna Carta established the unicamerality.

More than 20 years later, the need to return to that legislative system was raised without being successful. In the 2018 referendum, called by then-President Martín Vizcarra to consult the country on four constitutional reforms, bicamerality was included.

In that opportunity, 90% of voters rejected it, after a campaign by the dismissed president himself not to support it. Vizcarra considered that his proposal had been “distorted” when it reached the Legislature because the president was prevented from dissolving Congress and calling new legislative elections when Parliament denied the question of trust twice.

New scopes of the trust issue

The question of confidence is again in the debate because last May a constitutional reform on this aspect was approved by a congressional majority, which has yet to be evaluated by the plenary in the next legislature, which begins on Sunday.

The question of confidence is a constitutional instrument of the Executive through which the president of the Council of Ministers, on behalf of the entire cabinet or a private minister, asks Congress to support a policy.

In the proposal there are modifications of four constitutional articles (130, 132, 133 and 134) in which its use is regulated, which is no longer mandatory, to “avoid breaking an institutional order” and guarantee “an effective balance of powers”. Valdez said.

If the Magna Carta is modified, the approval of the question of trust would remain under the authority of Congress in order to avoid its dissolution, as in fact it has already happened.

In September 2019, Vizcarra requested the question of confidence from Parliament to “change the rules for electing members of the Constitutional Court (TC).” Considering that his proposal was rejected, the president dissolved the legislative body and called for deputy elections in January 2020. This generated an institutional political crisis that made the Parliament respond with the temporary suspension of the president for a supposed “temporary incapacity”, from which he got rid. However, the following year Congress dismissed him for “moral incapacity”, in the middle of an investigation by the Prosecutor’s Office for corruption.

Beyond the constitutional reforms, one of Pedro Castillo’s flagship proposals is the convocation of a referendum to call a Constituent Assembly. This initiative is presented as a challenge because there is controversy over the mechanism that would be used to convene it, among which its approval is contemplated in the Legislature, where its Peru Libre party is in the minority, so it should negotiate with other political movements .