Facebook presents SDK 11 including the appropriate graph and marketing APIs 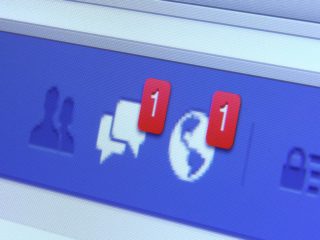 The new major release of the Facebook SDK (Software Development Kit) includes updates for Graph API 11 and Marketing API 11, among others, and brings new features to all aspects of login and authorization control in Messenger and Android.

Facebook SDK 11 supports a login connect in messenger, grants new options for defining authorizations for limited log-in (this functionality is still in beta). There is also an upcoming requirement for developers to embed client tokens in the SDK. This involves calls to the Graph API in the SDK, which can apparently be stabilized by a client token. According to the release announcement, the use of these tokens will prevent a crash during initialization in the future. The requirement to embed client tokens should come into effect with SDK version 13 in January 2022.

Facebook introduces Major Release 11.0 of its SDK for Android, iOS and Unity. The last major version was previously released in January 2021, version 9.0. Attention: According to the blog entry, Facebook deliberately skips number 10 when versioning in order to align the version count of the main SDK with the versioning of the Graph API. Auto-logging is now available for in-app purchases on Android. With this adjustment, the SDKs linked to the Facebook platform now support version 2 and 3 of the Play Billing Library published by Google for auto-logging in-app purchases.

News about the APIs

At the beginning of May 2021, Facebook began to open functionalities at the level of data access for consumer apps as well. The current blog entries indicate that the roll-out should be completed by the end of June or the beginning of July. A data model should make it easier for app developers to test new authorizations and features without having to switch to a special development mode for tests.

According to Facebook, all newer consumer apps will automatically receive this feature in the course of the coming weeks, provided that the settings are configured accordingly: Developers who want to use the new feature must switch their apps to live mode and access the public profile Set “Advanced Access” permissions. More on this can be found in a guide to the access levels.

The Facebook team has further developed the integration of Instagram by adding Instagram’s so-called App-Scoped IDs (ASID): The Instagram interface Basic Display should now support platform versioning. The API for Audience Deletion has also been revised.

In addition, Facebook points out that a number of plug-ins are considered deprecated with the new release: As of September 6, 2021, the SDK developers will no longer continue the plug-in for embedded comments and quotes. In addition, the 9.x series of the SDK should no longer be maintained. Developers can now start their migration to version 11, announced the company in the blog announcement.

Deepening Notes on the current major release of the platform SDK and the software development kits of the APIs in the blog posts on the social media company’s website to find.