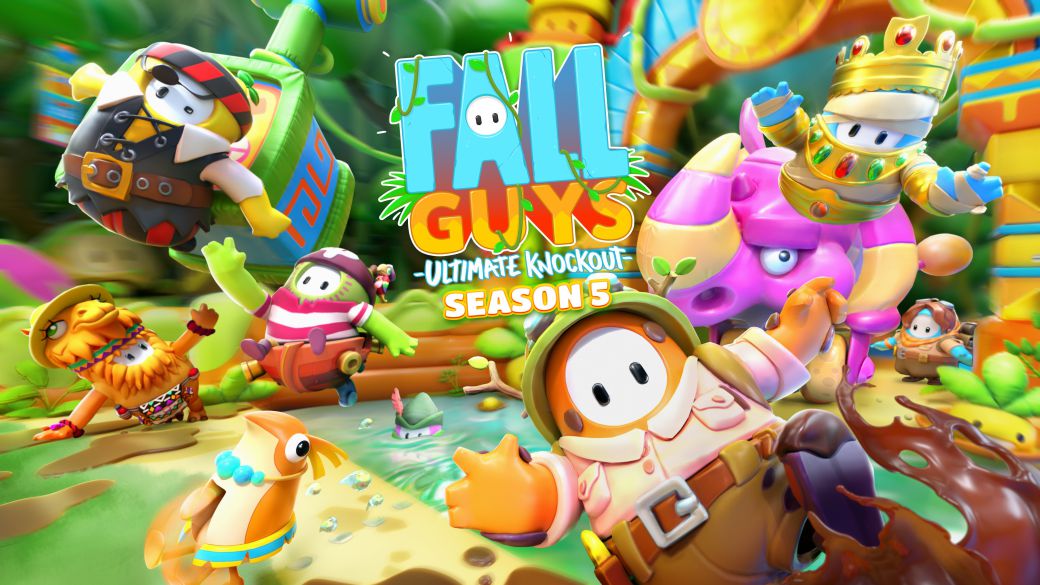 No one said that only Indiana Jones, Lara Croft, and Nathan Drake could be adventurous archaeologists in video games. Fall Guys: Ultimate Knockout will take its friendly protagonists to the jungle, the theme of the video game season 5, which will start from tomorrow. In this way, players will be able to enjoy new minigames and game modes, all in an environment made by and for adventure. To celebrate the premiere, Mediatonic has distributed a cinematic trailer, which you can see in this news.

In the video some of the skins that will make an appearance are presented. There will be no lack of the mummy or the cowgirl, as well as the pirate costume. Those who want to become a alternate version of Indiana Jones They will also be able to do it, the same with the characters of Spelunky. In terms of game content, six rounds are added to the set: Stompin ‘Ground, Lost Temple, Pegwin Pool Party, Bubble Trouble, Lily Leapers, and Treetop Tumble.

And what about the new features? Squads and Duos and Trios modes are implemented, but the latter only for a limited time. Mediatonic has also confirmed the addition of limited-time events, which will include their own rewards and cosmetics.

Xbox and Nintendo Switch will have to wait

Fall Guys was scheduled to hit Xbox One, Xbox Series X, Xbox Series S, and Nintendo Switch this summer, but Mediatonic has been forced to change its plans. The main reason is that they need more time to consummate the adaptation. The studio admitted that Epic Games’ purchase of the company had changed its schedule.

Fall Guys: Ultimate Knockout is currently available on PS4, PS5 and PC. For some time now, it has also incorporated cross-play, one of the most demanding functionalities in this type of multiplayer game.