Far Cry 6 introduces its villain in a new trailer 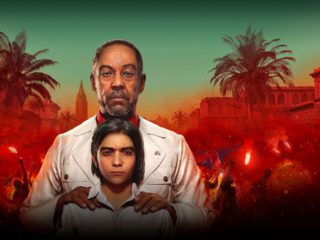 It could not be missed. What’s more, we already knew that he would walk through the Ubisoft Forward of E3 2021 because Ubisoft itself had previously confirmed it. Far Cry 6 se has uncovered a little more at the conference, where we had the opportunity to discover the motivations of Antón Castillo, the villain, with a new trailer, which you can see on these lines. + info

This is the first video game of the saga that develops Ubisoft Toronto, the same study that launched Watch Dogs: Legion last October. However, they have not done it alone, since as it has been a tradition within the company, many of the studios around the world help to design the gigantic video games of its main sagas.

Hell is on Earth (or on the island, rather)

Once splendid, the island of Yara has not lost its beauty, but it has lost its freedom, at least that of most citizens. Since Antón Castillo (Giancarlo Esposito) came to power, the situation has changed drastically. He pursues a dream, that of a nation once again at the top, but to achieve it he does not hesitate to crush anyone who opposes him. Oppression, violence and dictatorship have blurred his government, to the point that he is facing a whole revolution.

The group Libertad, terrorists for the government, liberators for a part of its people, organize guerrilla warfare to overthrow the dictator once and for all. We manage Dani Rojas, a member of the resistance who puts all his talent at the disposal of the cause. Although they are at a disadvantage, they use all the resources at their disposal to face Castillo’s army. Even a wheelchair-bound puppy like Chorizo ​​can contribute and mislead the enemy while Dani takes care of slicing his neck.