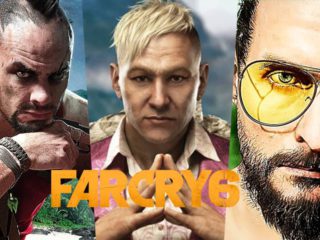 Dani Rojas is the protagonist of Far Cry 6, but he will not be the only one we can handle. The video game season pass has been uncovered and will allow you to handle some of the most charismatic villains in the entire series. If you’ve dreamed of becoming Vaas (Far Cry 3), Pagan (Far Cry 4) or Joseph (Far Cry 5), the time has come to do so, as announced during Ubisoft Forward at E3 2021.

As if this were not enough, it has been announced that the season pass will also include Far Cry 3: Blood Dragon, the spin-off of the third installment set in the eighties.

Is Antón Castillo a villain?

He keeps his people oppressed, violently beats anyone who opposes his methods, tortures and imprisons his political opponents, but Is Antón Castillo a villain? That same question was asked by journalist Geoff Keighley to Giancarlo Esposito, the actor who plays the character and who has also played relevant television villains, such as Gus Fring (Breaking Bad) or Moff Gideon (Star Wars: The Mandalorian) .

“He really attracted me because he is a guy who first loves his family, his community and his country. In addition, it was in line with what is happening in the world politically today and in the past ”, he commented during the event. “I am not a villain, this guy loves his country. He wants to empower you, Keighley, ”he dropped not without humor. “He wants to empower you to get up and tell your truth.” It is true that the character wants to raise his nation again, but at what cost? Right off the bat, you already have a revolution at your doorstep, in the fictional city of Nueva Esperanza.

Far Cry 6 will be released on October 7 on PS4, Xbox One, Xbox Series X, Xbox Series S, PC, and Google Stadia. The studio has confirmed that the title will look and play better in the new generation, but they have designed the product on previous consoles in order to make the experience equally worthwhile. In other words, what happened with Cyberpunk 2077 will not happen.