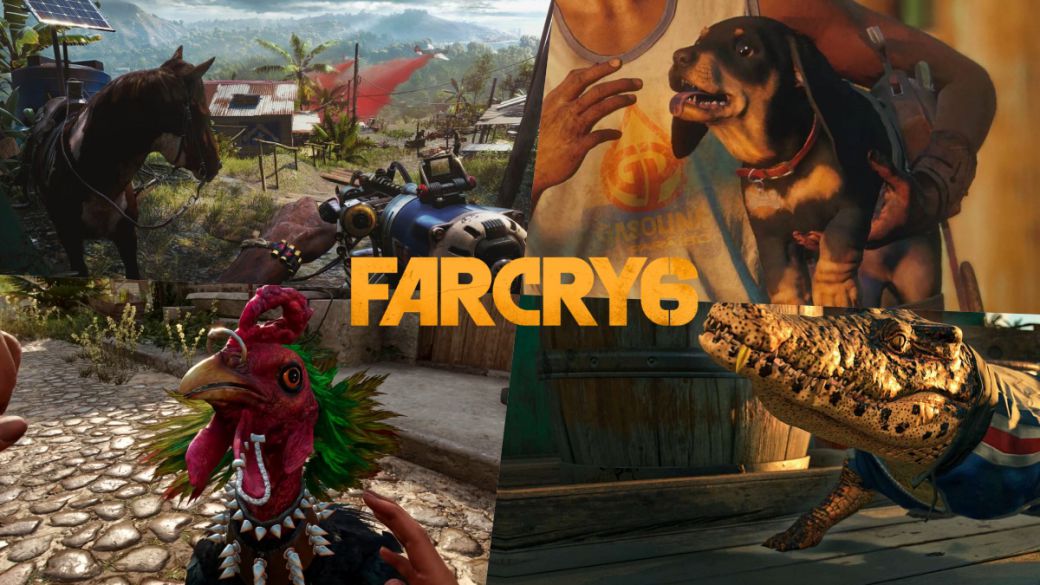 Do not go near it bites, but not everyone. Far Cry 6, the new Ubisoft Toronto production, allows us to recruit a few animals, among which are the handsome crocodile and the sausage dog Chorizo. We will also find a very aggressive rooster, which of course we can launch against the armies of the dictator Antón Castillo. And yes, we have the possibility to caress them. In a video uploaded to YouTube by the user Cycu1, the interaction with the various animals is shown.

Yara Island is a paradisiacal place where humans and other animals coexist. As in many Ubisoft games, encounters with wild creatures often end in a fight for survival. Nevertheless, the friendly side is also glimpsed, since we can pamper some of the beasts that we run into in the world. Riding is an option in Far Cry 6, especially when we reach a checkpoint, since the enemies install devices to puncture the wheels of the vehicles.

He who squeezes a lot … a revolution is at stake!

Time seems to have stopped in Yara. As the world advances technologically, this fictional little region is bleeding to death under the leadership of the president, a dictator who will do everything possible to achieve his goals, without caring the least about the suffering of his people. When someone squeezes so hard and squeezes so hard the explosion is inevitable. The Libertad group is considered a terrorist by the government, but it is a hymn to the revolution and the guerrillas. That is the main concept of this new title in the series, which follows the guidelines of previous products to offer a first-person shooter within an immense open world.