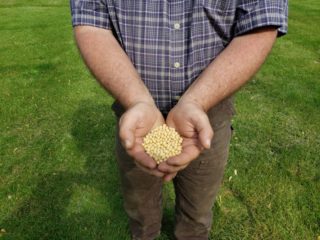 After the showers, the first fields began to be planted in the west and southwest of Paraná, as these areas received more volumes of rain in recent days, AgRural said.

The expectation is that soybean planting will also begin this week in isolated areas of Mato Grosso, Brazil’s main grain state, as well as in Mato Grosso do Sul and São Paulo.

“Although the volumes are still small and more humidity is needed for the start of the 2021/22 harvest, the rains registered since the end of August are better than those observed in the same period last year,” said AgRural.

Brazil is expected to get a record grain harvest of 289.6 million tons in 2021/2022, driven by higher soybean and corn production.

In its first forecast for the cycle that begins now, the government projected that Brazil’s soybean harvest will increase 3.9% to 141.3 million tons, and its total corn production will grow 33.8% to 116, 0 million tons.

In the 2020/2021 season, Brazil’s grain production was reduced by delays in soybean planting and then a drought and frost that significantly reduced corn production.

The sowing of summer corn 2021/2022 in Brazil reached 16% of the estimated area for the south-central part of the country, according to AgRural estimates. That compares with 20% for the area last year.

(Report by Ana Mano. Edited in Spanish by Javier Leira)