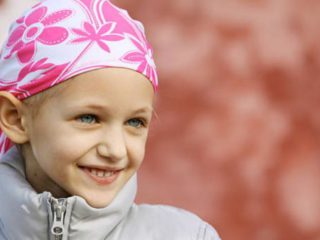 Children are increasingly affected by cancers and pediatric tumors, like adults, and that is why there is currently a mobilization in favor of the fight against childhood cancer. Today February 15, the International Childhood Cancer Day to account for the seriousness of this phenomenon. and especially to advance research. 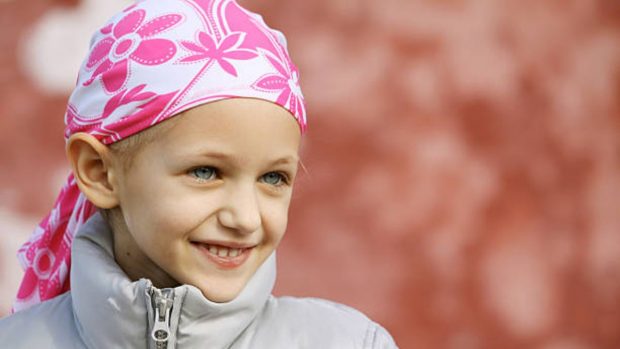 For the twentieth consecutive year, the International Childhood Cancer Day . The event takes place every February 15 and is a annual event in order to renew the commitment of the scientific world and of all those families affected by this tragedy of continuing to fight alongside their children.

The Day was created in 2001 by the International Organization for Childhood Cancer or Childhood Cancer International (CCI) and is celebrated all over the world. The organization is an international network of 177 members, national organizations of parents of children suffering from childhood cancer, which is present in 90 countries. With this day, you commit to raise public awareness about the issue. The goal is to reduce child mortality from cancer. The day is also represented by wearing a golden ribbon.

Each year, more than 300,000 children under the age of 18 are diagnosed with cancer. About 8 out of 10 live in developing countries and their survival hope is 20%. In the richest countries, the percentage rises to 80%.

The goal is to achieve a 60% survival rate even in the less fortunate countries by 2030.

Every year in Spain around 1,100 children are diagnosed with cancer (155.5 new cases per year per million children aged 0-14 years). Thanks to advances in science, about 80% of them will recover. However, there are still no effective therapies for the remaining 20%.

WHO figures on childhood cancer

According WHO, 21.4 million cancers will be diagnosed by 2030 , almost double compared to 2008, and small and medium-sized countries will suffer between 60 and 70% of the world’s cancers. The figures are even stricter when it comes to pediatric cancer: now 80% of childhood cancers are diagnosed in the poorest countries and the difference in survival rates marks greater inequality (75-85% of Western children versus 50% of middle-income countries and 20% of the Third World).

The causes of this disproportion? Lack of adequate health coverage, late diagnosis, abandonment of treatment and difficulties in obtaining medications.

What is childhood cancer

Unfortunately, cancer does not spare children, though they are rarely affected, 300,000 children between 0 and 19 years old, every year in the world, are victims of it. Unlike cancer diagnosed in adults, the causes of childhood cancer are not always known. Some of the most frequent cancerous pathologies are leukemia which represents a third, central nervous system tumors and lymphomas. In high-income countries, early diagnosis, followed by appropriate treatment, you can predict as we have mentioned, the recovery of 80% of children.

Childhood cancers, however, are rare, affect half of children under 5 years of age and sometimes from birth. So are they different from adult cancers?

Cancers in children and adolescents have specific characteristics that are not found in tumors in adults. They differ from adult cancers by their appearance and especially by their growth rate, in a few weeks and sometimes even in a few days.

In children, the most common cancers are:

In adults, the most affected organs are the skin, the breast (1st cause of death in women), the prostate (the most common in men), the lung, the intestine, the bladder and the colon. Also, the hope for a cure is much higher in children.. The League Against Cancer estimates that between 70% and 80% of children and adolescents with cancer are cured.

Prevention and early detection, the keys to avoiding childhood cancer

On a day like Childhood Cancer Day we must raise awareness about this type of disease and how it affects children and adolescents, but also, become aware of the importance of prevention as well as early diagnosis.

For it, parents should know what the signs are that usually occur when childhood cancer occurs, so that you can act as soon as possible.

Doctors and oncologists warn that early detection is one of the main keys for the child to overcome cancer since in most cases childhood cancer is curable.

How to diagnose childhood cancer?

Knowing the symptoms of childhood cancer is important to be able to act in time, but it is also true that many times said symptom can be misleading although they can be confused with those of a viral disease. Controlling the health of children is therefore the primary task of parents, so that before any sign of disease, you can go to a doctor, who will play an important role in detecting the pathology.

Anyway, we can list some of the possible symptoms that are usually related to cancer so that if we detect them in the child it will be necessary to go to the doctor for a consultation:

A behavior change in the child, apathy or even a decline in school performance They could be a cause for alarm for parents, who should go to the doctor immediately to find out what is the cause of what happens to their son daughter.

The truth is there is actually no definite cause for childhood cancer, that on the other hand it is not something genetic although few cases are reported in which they are something hereditary.

Although much progress has been made in its diagnosis and treatment, childhood cancer remains the leading cause of death from disease in children, so it is a reality that we cannot deny and that we have to be aware of, so that we can support the many families and children who suffer from this disease, who sometimes feel a certain social isolation.

Let’s turn this day into a day of awareness and support, to demand that research continue (and investing for it) to fight more and more strongly against Childhood Cancer.