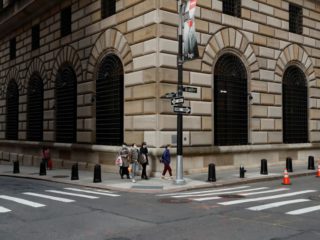 The report also showed that the Fed appears to have sold about $ 160 million of its corporate bond holdings since Monday, following the announcement that it was undoing its nearly $ 14 billion portfolio of corporate credit.

As a first step, the central bank began selling its stake in 16 publicly traded bond funds on Monday.

(Reporting by Kate Duguid, Edited in Spanish by Manuel Farías)