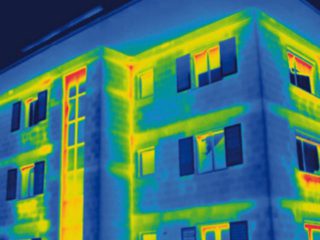 The Federal Cabinet has launched an immediate climate protection program with an investment volume of 8 billion euros. The program is part of the Federal Budget 2022, which Federal Finance Minister Olaf Scholz (SPD) will present at noon in Berlin. The climate finance plan is intended to help promote the switch to climate-friendly technology and to achieve the federal government’s new climate targets.

With 4.5 billion euros in the next two years, the largest sum is to go into promoting energy-efficient buildings. A total of one billion euros will also be earmarked for climate-friendly social housing in the coming years; 150 million euros should be available for this in 2022. The plan also includes the plan to raise the minimum energy standards for new buildings.

The federal government intends to provide another larger amount – 650.2 million euros – for climate protection agreements with industry. These contracts are state funding programs that are intended to offset the additional costs for climate-friendly production, for example for the use of green hydrogen.

The steel industry is to receive 100 million euros for converting its blast furnaces to hydrogen-based production processes. The total funding for industry amounts to 860 million euros.

There are also more than a billion more for traffic. For example, more than 300 million euros have been budgeted for the expansion of the cycling infrastructure. Finance Minister Scholz praised the plan on Wednesday as “money well invested”. Man-made climate change is “the greatest challenge of our time,” said Scholz after it was passed in the cabinet.

In the past two years, the federal government had already invested more than 80 billion euros in climate protection projects. The financial plan that has now been approved is a template for the coming legislative period. Only then can the Bundestag deal with it again in the context of budget deliberations and adopt the program.

The German Environmental Aid (DUH) criticizes the emergency program as “completely inadequate in terms of climate policy”. The Federal Government completely misses the task, which can be clearly derived from the decision of the Federal Constitutional Court, to implement effective climate protection policy also with a view to the rights of the younger generation.

The Federal Constitutional Court ruled at the end of April this year that politicians had to improve climate protection in order to protect the freedoms of future generations. The Federal Climate Protection Act falls short.

Umwelthilfe criticizes that in the past few days “almost all useful proposals from the already thin draft program have been cut”. By this, Umwelthilfe means above all raising the expansion targets for renewable energies by 2030, which is urgently needed. Also, no model projects for cycle paths and expressions of solidarity with the rail are necessary, but “clear and immediately implemented measures that immediately reduce greenhouse gas emissions in traffic”. In the building sector, which accounts for a third of the CO2-Emissions is responsible, there must be an urgent remediation offensive.