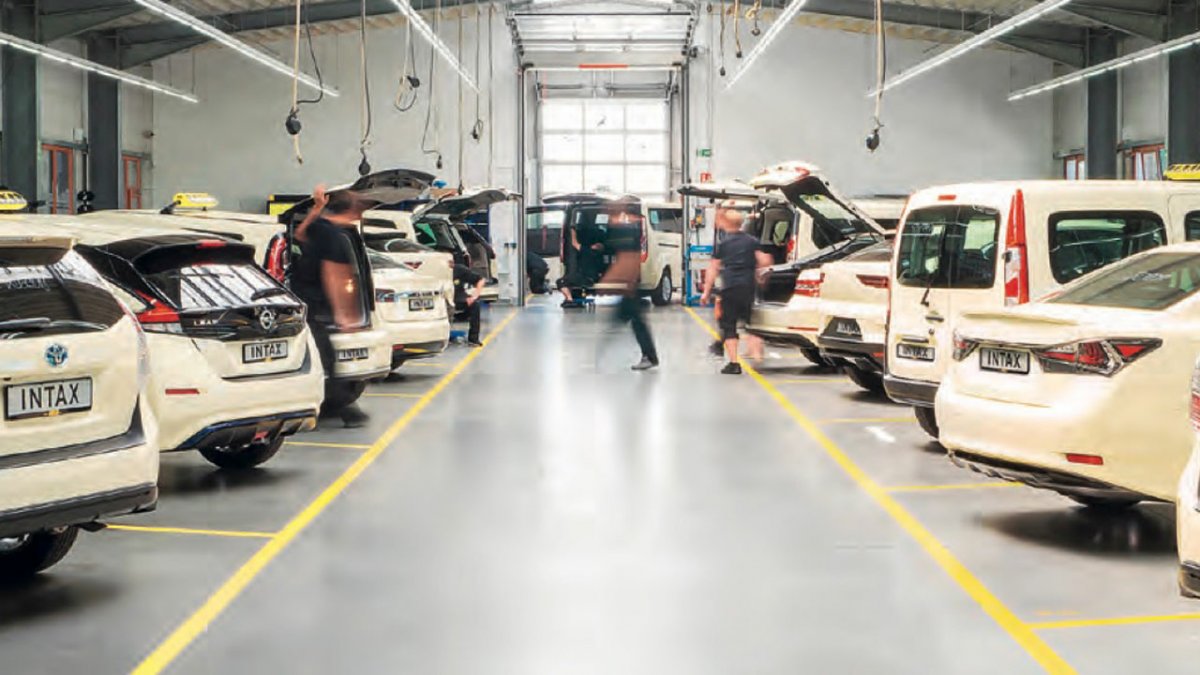 Federal eTaxi timetable: 80 percent of taxis are to be emission-free by 2030

The Federal Association of Taxi and Rental Cars aims to drive 80 percent of its fleet emission-free by 2030. That’s a good 40,000 taxis. A quarter of the vehicles should be electrified by 2025. In total, the taxes should be 675,000 tons of CO2 save annually.

How the association envisions emission-free passenger transport, it has now presented in its “Federal eTaxi timetable” (PDF), which the coming federal government should include in its program. The plan envisages that around 4,000 new e-taxis will be purchased in 2023, 5,000 in the following year and up to 7,000 in 2026. The industry is to purchase 6,000 fewer e-taxis in 2027 and 1,000 fewer in the following years.

For the financing, the association proposes that the state subsidize every e-taxi and e-rental car initially with 15,000 euros, degressively until the end of 2030 with 6000 euros. The association argues that a taxi has eight times the mileage of a private car in its lifetime and transports an average of 8,000 people a year. As a result, a taxi also produces more CO2.

The degression of funding means that those who switch quickly to emission-free drives receive more money from the state than those who switch later. If more funding applications are submitted than planned, the degression could run faster. Overall, the association expects a funding volume of 390 million euros over eight years.

Apart from the vehicles, the taxi association demands that the charging infrastructure be promoted. There should be an electricity price guarantee by 2030 with a maximum price of 30 cents / kWh for AC charging and 50 cents / kWh for DC charging.

Location in Leipzig and other cities

The city of Leipzig has recently been demanding that every second newly purchased vehicle be used in occasional transport, including taxis, battery-electric, powered by hydrogen or as a plug-in hybrid. Other cities do not want to go that far at the moment, as a request from heise online revealed. Nothing like the one in Leipzig is currently planned in Dresden, they say, not even in Hanover. However, the Lower Saxony state capital imposes requirements on the percentage of a vehicle fleet that must consist of e-cars. The car pooling provider Moia uses 100 percent electric cars.

From Munich it is said that the Passenger Transport Act, to which Leipzig also refers, is subordinate to state law. So far there are no corresponding requirements in Bavaria, but the Bavarian capital has already discussed the issue with the responsible ministry and is expecting state regulations. The city of Essen is also waiting for state legal requirements that do not yet exist in North Rhine-Westphalia. In the state of Bremen, the subject of budget consultations is whether and how a funding program for converting taxis can be developed. There is already one in Hamburg Funding program for e-taxis.